“They’re in a tin, I think…somewhere”.

David Armstrong isn’t asking for someone to pass the Easter chocolates, but something that commands far greater anticipation - even for the children present. It just so happens that the appearance of chocolate - and this tin - coincide around the same time every year.

The tin - rectangular and slightly bruised - arrives in his lap.

Summer is doing its best to cling on in Tāmaki Makaurau and the late afternoon sun pings off the tin’s dents and edges.

David’s whānau are gathered round on the deck. Closest to David is his 12-year-old grandson Darcy, who attends Ponsonby Intermediate.

Darcy’s smile gleams brightly as David carefully opens the lid. He knows what’s coming. Light bounces off the inside like a sunbeam projecting back to the heavens.

Inside are four service medals which belonged to David’s father, Ted Armstrong. 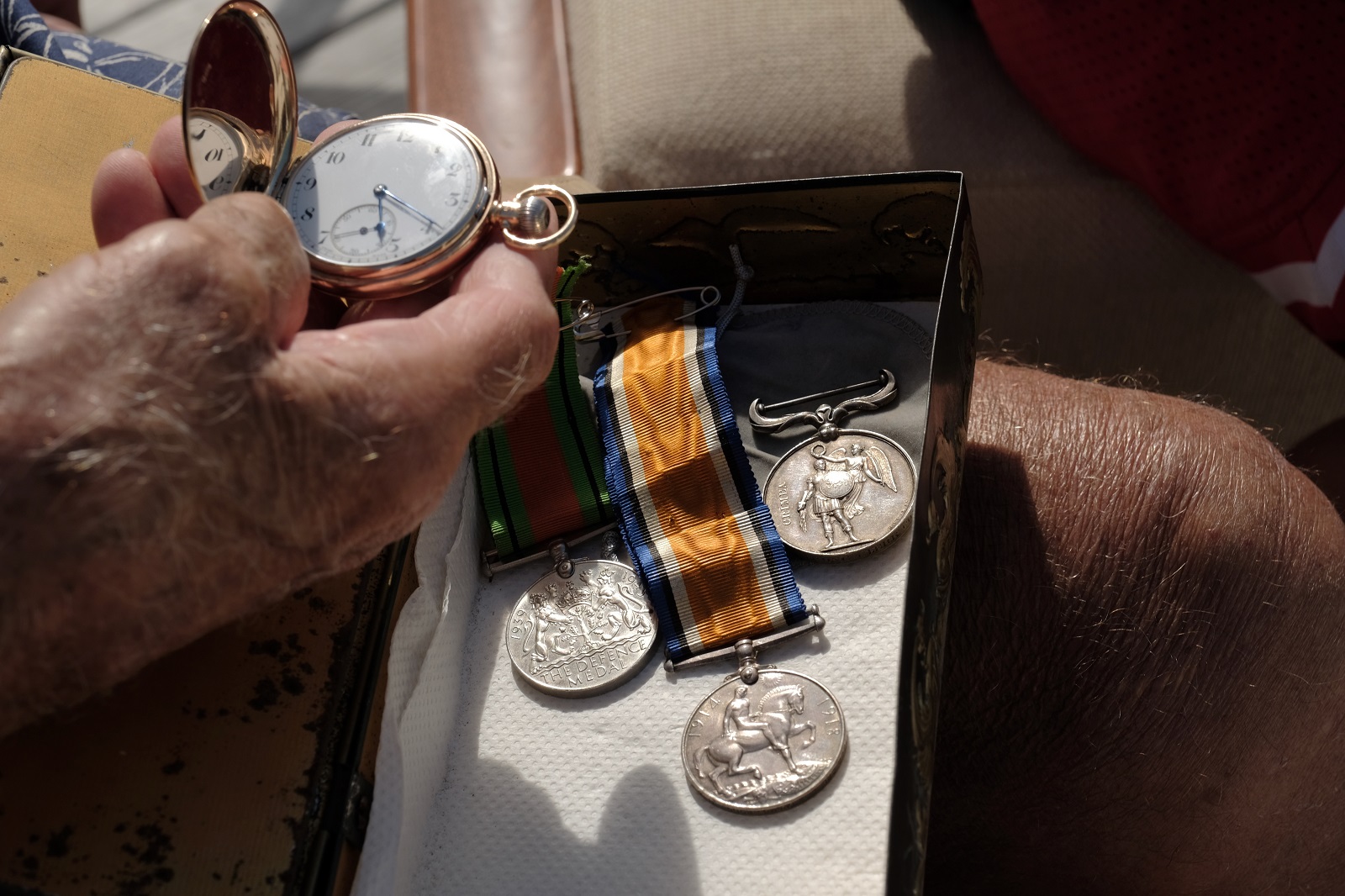 Ted fought in the trenches at Ypres alongside his fellow countrymen as an ANZAC sergeant and officer during the First World War. Ted survived.

Two decades later, the world was at war again. Ted served as an intelligence officer in the Second World War, this time for the British in the Royal Air Force.

He survived that war, too. As did these four medals.

And every ANZAC Day, the Armstrong family gather in Auckland for this poignant moment of remembrance.

One at a time, David carefully passes the medals to Darcy, but not before taking a moment to clutch them with the help of a deep, thoughtful breath.

As they are handed to him, Darcy pins each one to his youthful baggy t-shirt.

“God it makes me feel very proud,” David says as he explains this grandfather-to-grandson ritual, which would be annual were it not for the pandemic. 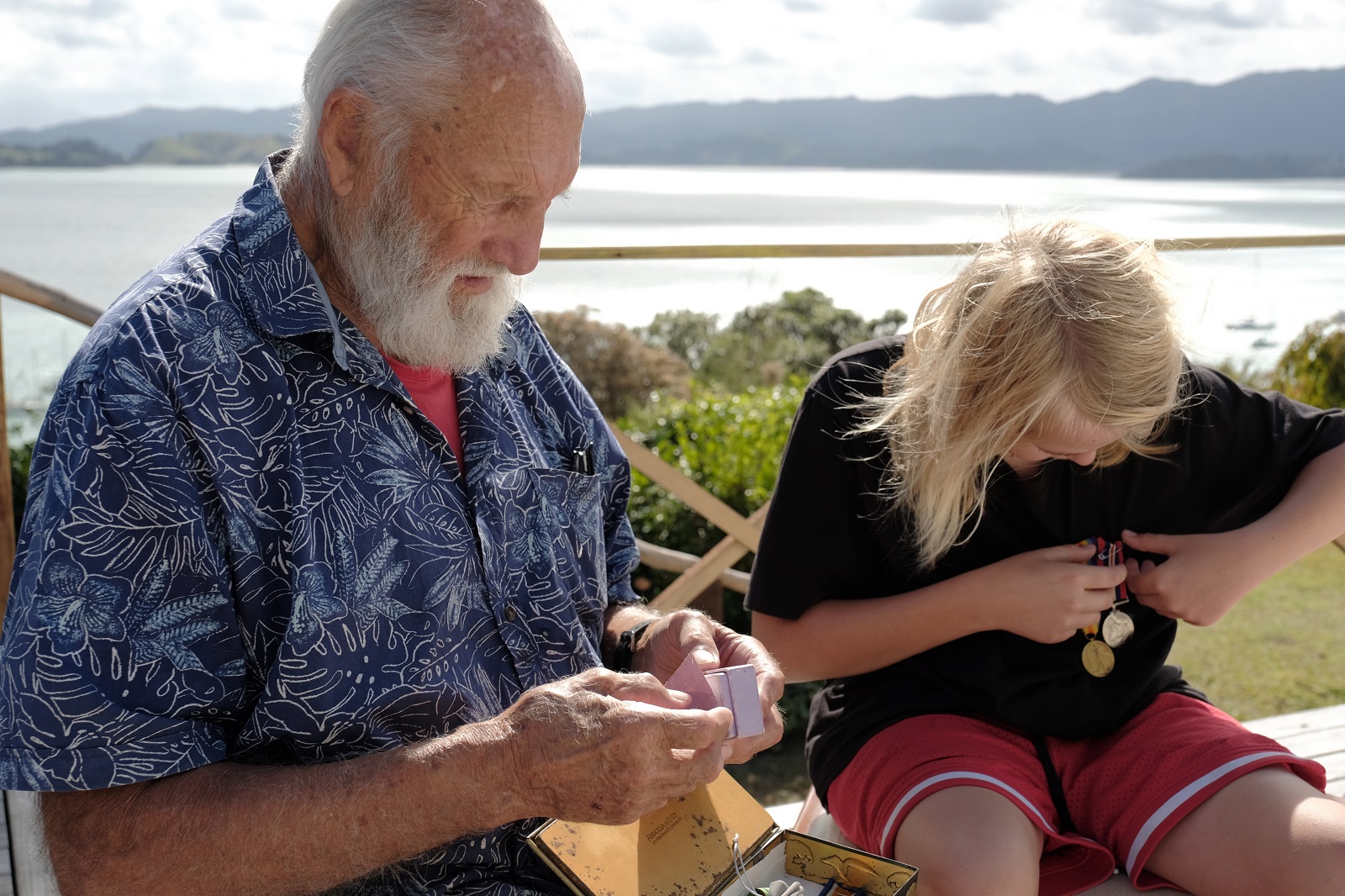 Ordinarily, Darcy would accompany David at the ANZAC Dawn Service below the cenotaph at the Auckland War Memorial Museum in the Domain.

“When the traditional words are said, it makes you think hard. And think who you are through the sacrifice of others,” David reflects.

Darcy normally wears the medals to the Dawn Service.

“On Anzac Day, they make me proud that I’m holding his [my great-grandfather’s] medals that he worked hard for in the war. It makes me feel really good!” Darcy says enthusiastically.

“I remember getting up really early,” he recounts of one of the Dawn Services.

“It was outside the Auckland Museum. It was dark. There were people playing trumpets, people were honouring the soldiers.

“Now that I look back I’m proud and happy that I went along. 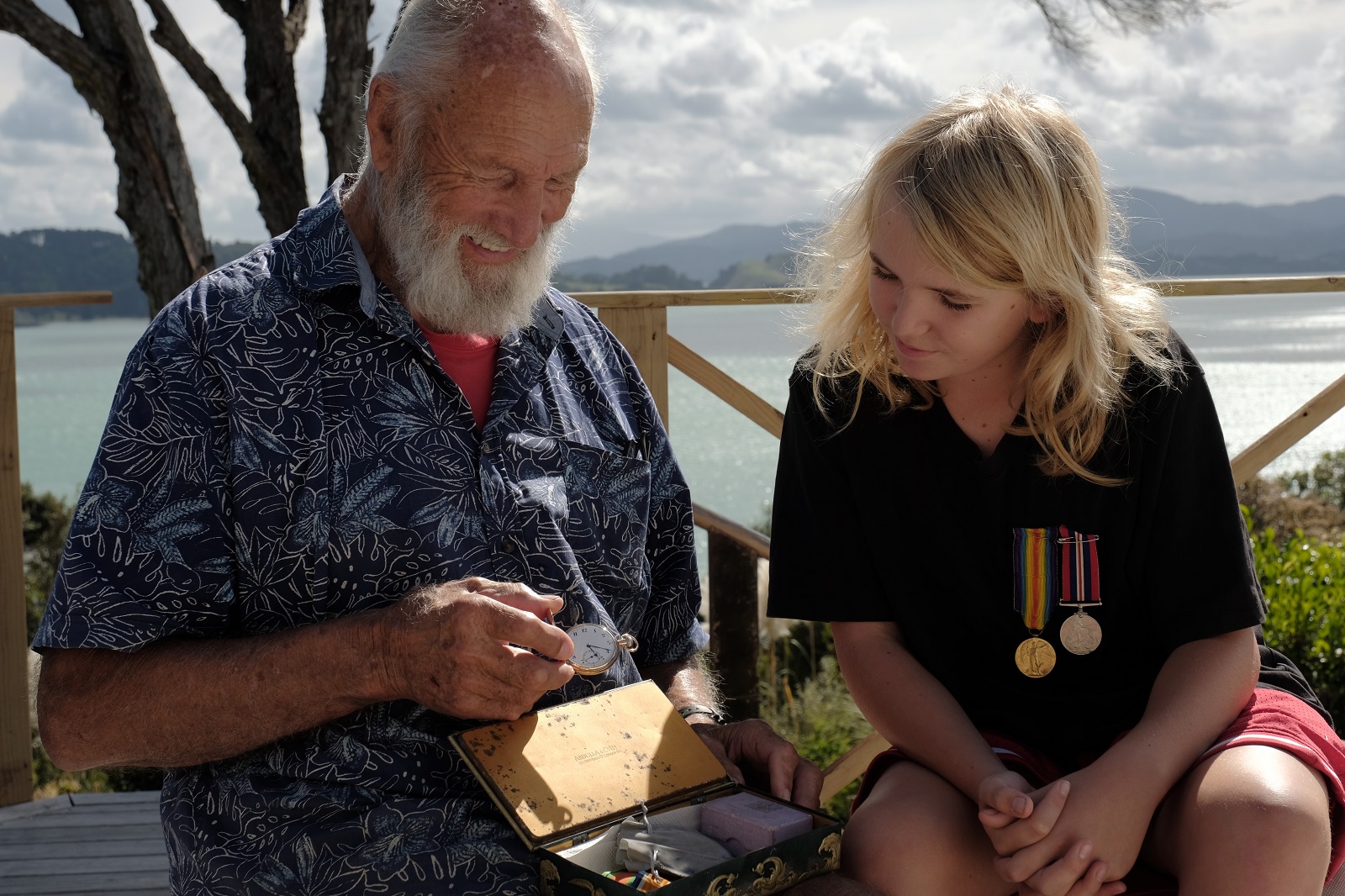 For our rangatahi, it may be difficult to grasp what the world went through all those years ago - and what their grandparents and great-grandparents had to endure, whether or not they served in our military. But the medals are a tangible way for Darcy to understand the significance of ANZAC Day.

“I tell Darcy a little bit about what they mean. It makes me feel good that he takes it seriously,” David says of his grandson’s maturity towards the subject.

“It’s quite emotional, when a young lad like that, can physically touch something that represents what happened in the past.

“The fact you’re holding it pinned on your shirt and listening to the Last Post, it makes it real. It does.”

This year, Anzac Day will look a little different. But Auckland Council has provided many ways in which we can all commemorate safely in the current COVID-19 settings. Click here to find out more.