Auckland Council’s Safeswim modelling programme has gained the attention of the World Health Organisation (WHO).

As the summer season kicks off in the northern hemisphere, WHO has released an update of their ‘Guidelines on Recreational Water Quality’.

The guidelines are used around the world, including New Zealand, to provide health-based guidance to set the direction for national water quality standards.

Mayor Phil Goff says that the international recognition won by Safeswim acknowledges that Auckland is leading the world in this area.

“Safeswim has been singled out by the WHO as an online tool for other cities to emulate,” he says.

“It’s an innovative and world-class application that has led the way on how to monitor water quality.

“The information it has provided about water quality issues in Auckland not only tells Aucklanders where and when it is safe to swim but has also helped build support for our record investments in cleaning up our beaches and waterways over the next decade.”

For the first time, WHO recommends the use of predictive models to provide real-time water quality information and it includes Safeswim as a case study of how to do this.

An innovative, world-class programme, Safeswim has led the way providing real-time forecasts of water quality, and up-to-the-minute advice on swimming conditions at over 115 sites around the region since its inception in the summer of 2017.

Professor Gillian Lewis from the School of Biological Sciences at the University of Auckland is one of the independent panel of public health experts who oversee Safeswim’s water quality models.

“The purpose of Safeswim is to make swimming at and enjoying our beaches safer for everyone. It’s great to see the international recognition of the value of this approach by WHO and real credit to Auckland Council for supporting the vision, development and integration of the programme,” says Professor Lewis.

It’s a partnership between the council, Surf Life Saving Northern Region Auckland Regional Public Health Service and Watercare, which allows people to check where and when they can swim before heading to the beach.

Safeswim Technical Lead at Healthy Waters Holly Foreman says, “It’s excellent to receive this recognition by the WHO of the value of Safeswim to our community. Safeswim is such a useful tool for Aucklanders and it’s great to see it showcased on the world stage.”

The WHO Guidelines were last published in 2003 but have been updated to reflect recent advances in water quality management. 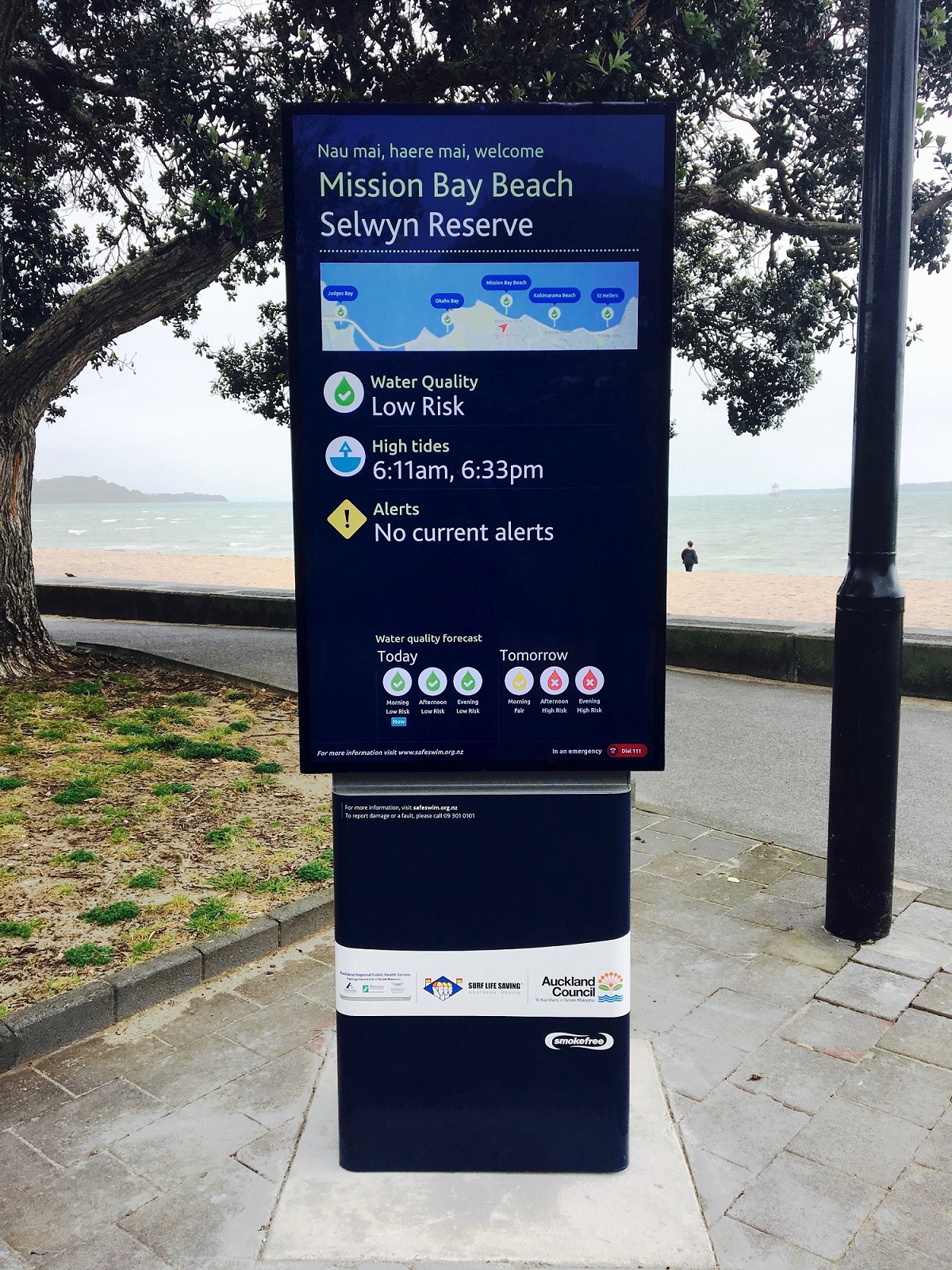