Auckland Council and Auckland Transport are working together to deliver improvements to Auckland city centre’s midtown in time for the opening of the City Rail Link’s Aotea Station.

The agencies are finalising plans to ensure the station’s entrances on Victoria Street and Wellesley Street are welcoming and accessible for the thousands of passengers that will be using them.

Oliver Smith, Manager Delivery Programmes for Auckland Council says public engagement on the design and integration of the public space surrounding Aotea Station will run from 6 October to 3 November.

“These two great streets are integral to changes happening within midtown and will deliver high-quality public spaces and street environments with enhanced access to public transport,” he says.

The intrinsic relationship between both projects and how they are essential to the midtown regeneration can be seen in this video.

The plans for the linear park were developed in partnership with mana whenua as part of a community of practice.

The name Te Hā Noa was gifted by mana whenua to the project as it evokes a sense of freedom in experiencing one’s surroundings - to breathe and acknowledge the sights and sounds whilst journeying within the city centre and the link between Waikōkota and Rangipuke.

Mr Smith says Te Hā Noa delivers on the vision of the City Centre Masterplan with its concept of a green link connecting the waterfront and Albert Park. Over time both projects will span the full length of both streets, he says.

“The first section is designed to support the function of Aotea Station with the efficient dispersal of thousands of people arriving and departing, while also creating an attractive public space.

“It provides a high-quality urban area with spacious footpaths, connected laneways, street furniture, protected cycleway, and a single traffic lane in each direction between Federal Street and Kitchener Streets.”

Native trees will be planted as part of the expanding urban ngahere (forest) providing shade and shelter, cooling the city and soaking up carbon. The detail of this plan is still being developed.

Mr Smith says the recent removal of buses from Victoria Street to Wellesley Street due to CRL construction, has created a sense of anticipation for Te Hā Noa and Wellesley Street Bus Improvements project.

“For stage one between Albert and Queen Streets, Auckland Transport is planning significant upgrades to bus infrastructure, the streetscape and the pedestrian environment.

“It will link the Learning Quarter, Aotea Station, the New Zealand International Convention Centre and Victoria Quarter with bus services from the North Shore, central isthmus and other locations.”

There will be wider footpaths on both sides of the street, six westbound and six eastbound bus stops and a wider and improved crossing between Bledisloe Lane and Elliot Street. New paving and road surfacing, street furniture and lighting will improve the look and safety of the street.

Mr Smith says that there is no doubt that the city centre community has been on the frontline of major city centre works.

“We understand that keeping the long view in mind can be difficult when managing the day-to-day reality of construction and disruption. We will work with businesses and residents prior to and during construction when it gets underway.

“When these projects are finished it’s going to be much easier to move around the area and the new attractive public spaces will be a more pleasant place to connect with friends and family.”

A webinar will be held Wednesday 20 October from 5.30pm to 7.30pm. To provide feedback by 3 November go to: AK Have Your Say 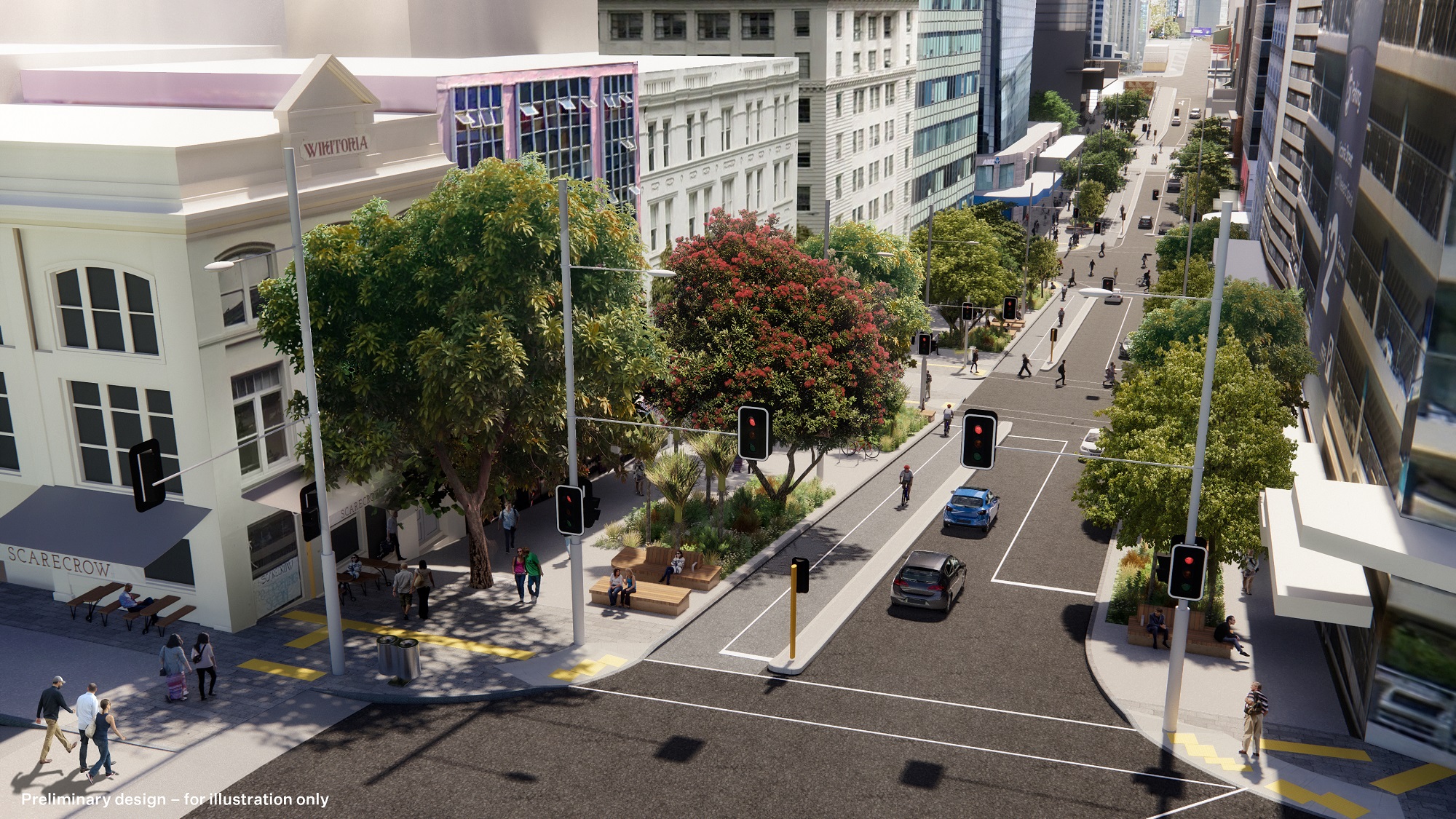 The plans for Te Hā Noa have been developed in collaboration with mana whenua. As our project partners they will continue to guide the development and unfolding of Te Hā Noa.

The concept of Te Hā Noa sets a bold vision for Victoria Street to become a thriving public space for movement, rest and recreation, in a way that reflects the unique identity of Tāmaki Makaurau. Enhancing the wellbeing of our people, our city and our natural environment.

We hold our relationship with mana whenua in the highest regard and are grateful for the mihi gifted to the project.

We are continuing our strong partnership with mana whenua on this project to ensure visibility of te reo and Māori culture as part of Te Hā Noa.

We would like to leave you with these words from the project team:

You can read our cultural framework here.