Auckland Transport (AT) and Fullers360 are delighted to celebrate the two-year anniversary of electric buses on Waiheke Island.

“Since Waiheke’s eight electric buses were introduced in 2020, they have completed more than 552,000 customer trips” she says,

“This initiative was inspired by our community’s commitment to reducing fossil fuel emissions led by the advocacy of local group, Electric Island, working closely with the local board. We were the first part of Tāmaki Makaurau to have a fleet of electric buses and there is one more electric bus already on the way. We look forward to working closely with AT and Fullers360 to achieve a fully electric bus fleet on the island as soon as possible.”

AT’s Interim Chief Executive Officer Mark Lambert, says that Waiheke was the first big step for electric buses in Auckland, with more to come across the region.

“Each of Waiheke’s electric buses can carry up to 55 passengers and they service routes that cover key locations on the island”, he says.

“The buses can travel up to 350km on a single charge and are very quiet in comparison to diesel buses. Currently, fares are only 99 cents per trip.”

“Since launching on Waiheke in late 2020 we now have a total of over 75 electric buses across Tāmaki Makaurau, including 35 added just last week in the eastern bays and Glen Innes.”

“Over the next two years we have at least another 129 electric buses on the way, so more people will be able to enjoy quiet, clean, emission-free travel.” 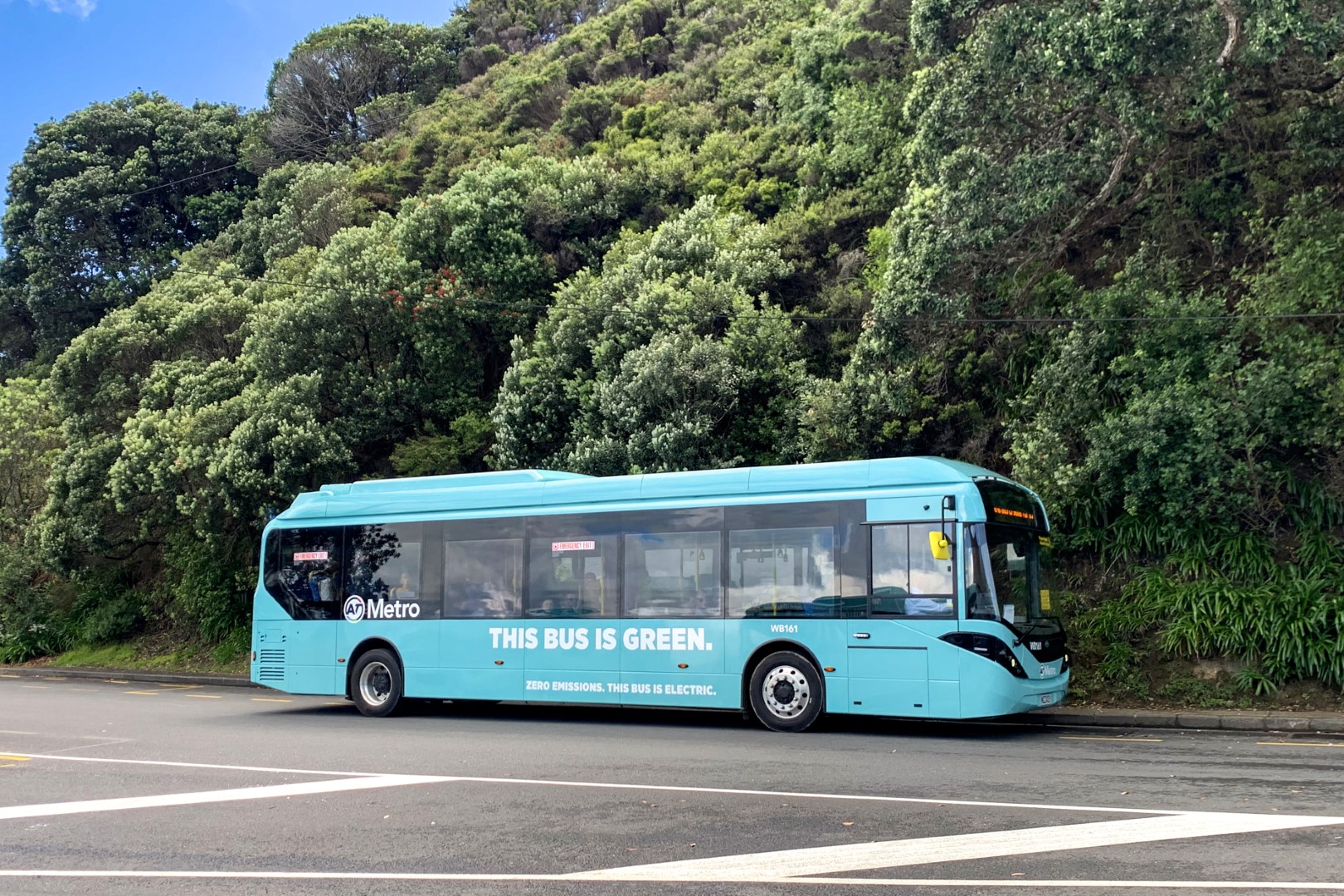 Fullers360 Chief Executive Officer, Mike Horne, says the introduction of eight electric buses have travelled 1.25 million kilometres across the island and prevented approximately 1179 tCO2e of greenhouse gas emissions on Waiheke over the past two years - a 47 per cent reduction compared to an all diesel Waiheke bus fleet. This reduction is equal to the emissions released by approximately 523 petrol cars driven over a one-year period.

“The shift to electric was an important milestone for Waiheke Island residents and for our progress in transitioning to a decarbonised transport network. The significant carbon emissions over two years tells a compelling story about the impact electric alternatives can have,” Mr Horne says.

Alexander Dennis Limited (ADL), one of the world’s leading independent global bus manufacturers which specialises in zero emission buses, is the organisation behind the Waiheke bus fleet.

“Electric buses are the way of the future, and we are thrilled to bring these buses to Auckland which are contributing to tackling the global challenge of climate change,” he says.

Fullers360 and Auckland Transport plan to bolster the fleet with another electric bus in 2023.