As New Zealand celebrates Suffrage Day on 19 September, Dr Cathy Casey takes a closer look at the much-loved Auckland Women’s Suffrage Memorial in central Auckland and its troubled past.

What is the Auckland Women’s Suffrage Memorial?

The Auckland Women’s Suffrage Memorial in central Auckland is a memorial to honour the New Zealand women who worked towards the goal of women's suffrage achieved on 19 September 1893. New Zealand was the first country in the world to give women the vote.

Who designed the suffrage memorial?

Made of over 2000 brightly coloured tiles, the suffrage memorial was designed and built in 1993 by artists Jan Morrison and Claudia Pond Eyley. 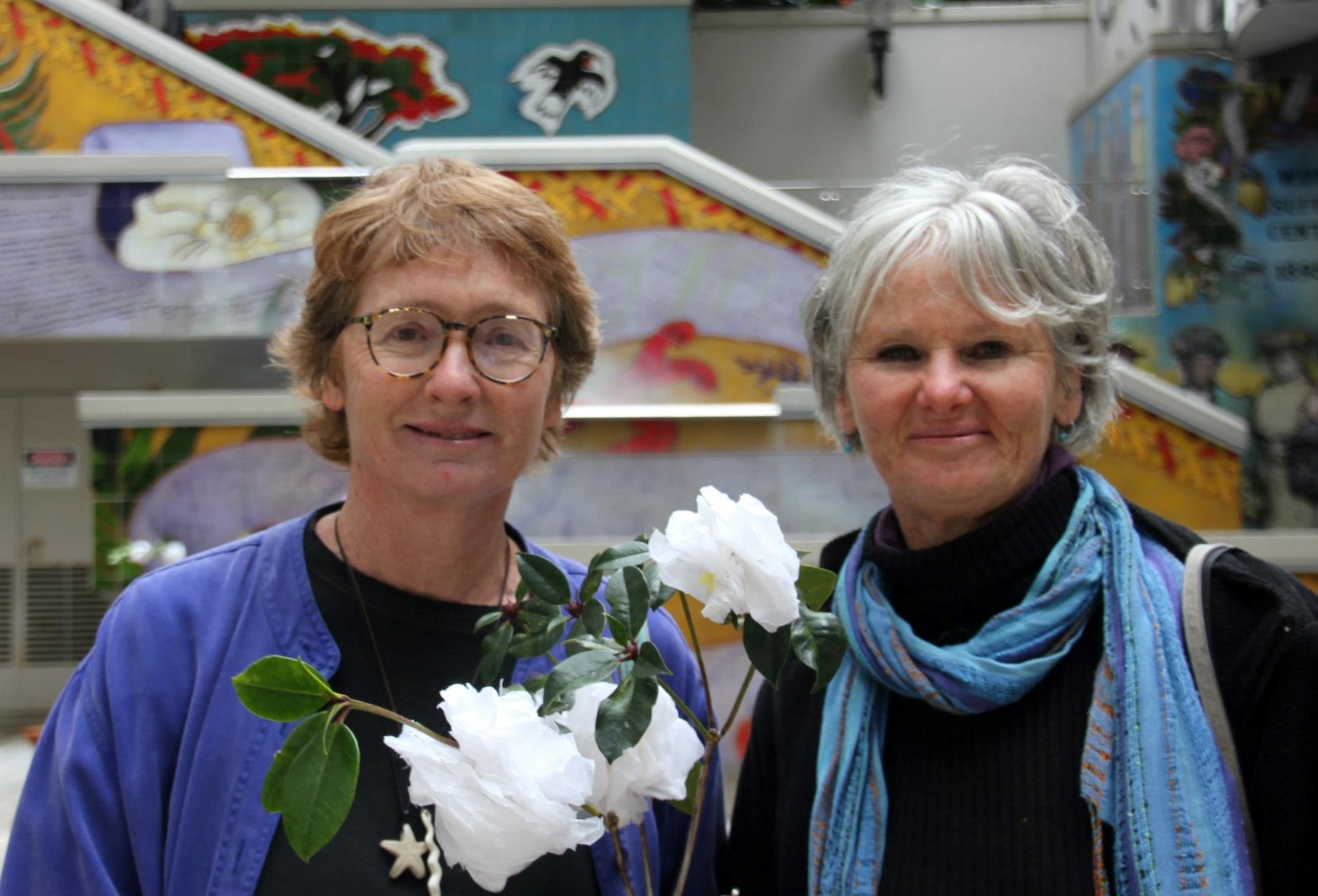 Morrison and Pond Eyley proposed a series of hand-crafted panels of tiles fronting the existing cascading waterfall on several levels, a huge task and the only New Zealand suffrage memorial to be built in this way.

Where is the suffrage memorial sited?

Auckland City Council gave permission for the suffrage memorial to be sited in Lower Khartoum Place (re-named “Te Hā o Hine Place” in 2016) which runs between High Street and Kitchener Street. Prior to 1993, the rather drab but formidable site housed three sets of stairs and a multi-level water feature. 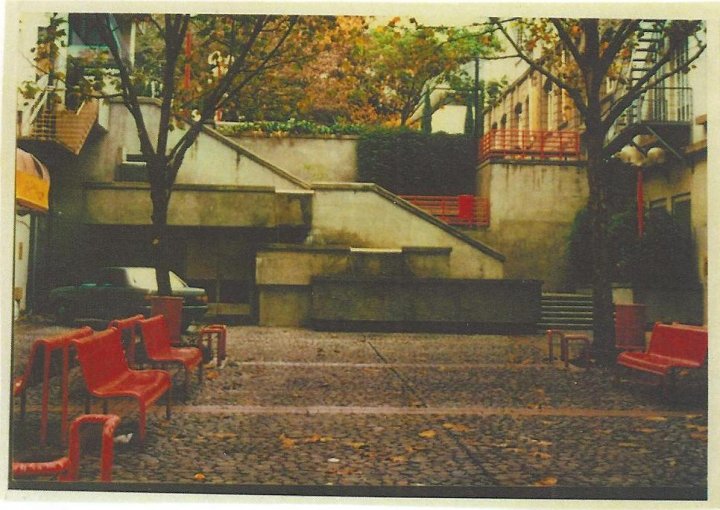 The area in the 1980s. Credit: Claudia Pond Eyley

Why have there been attempts to have the suffrage memorial moved?

Over the last twenty years there have been several attempts to relocate the suffrage memorial and redevelop the site. Each has been met with strong opposition from the women of Auckland and their representative organisations including the National Council for Women of New Zealand (NCWNZ) and Zonta NZ (an international organisation of women professionals working to improve the global status of women).

In 2005, Auckland City Council held a design competition for the $2 million upgrade of Khartoum Place. The threat to the suffrage memorial was a real one. None of the 12 entrants envisaged keeping the memorial. Architects Brewer Davidson and Leo Jew won the competition and produced three design options, two of which involved removing the memorial. One option was to demolish the memorial and create a new mural. Another option was to create a new mural against an embankment in Freyberg Place or at the Myers Park entrance next to the White House brothel in Queen St. Artists Jan Morrison and Claudia Pond Eyeley were given the final say on whether the memorial could be resited. They were an emphatic no, that the memorial should stay in Khartoum Place. As a result, Auckland City Council opted to retain it. 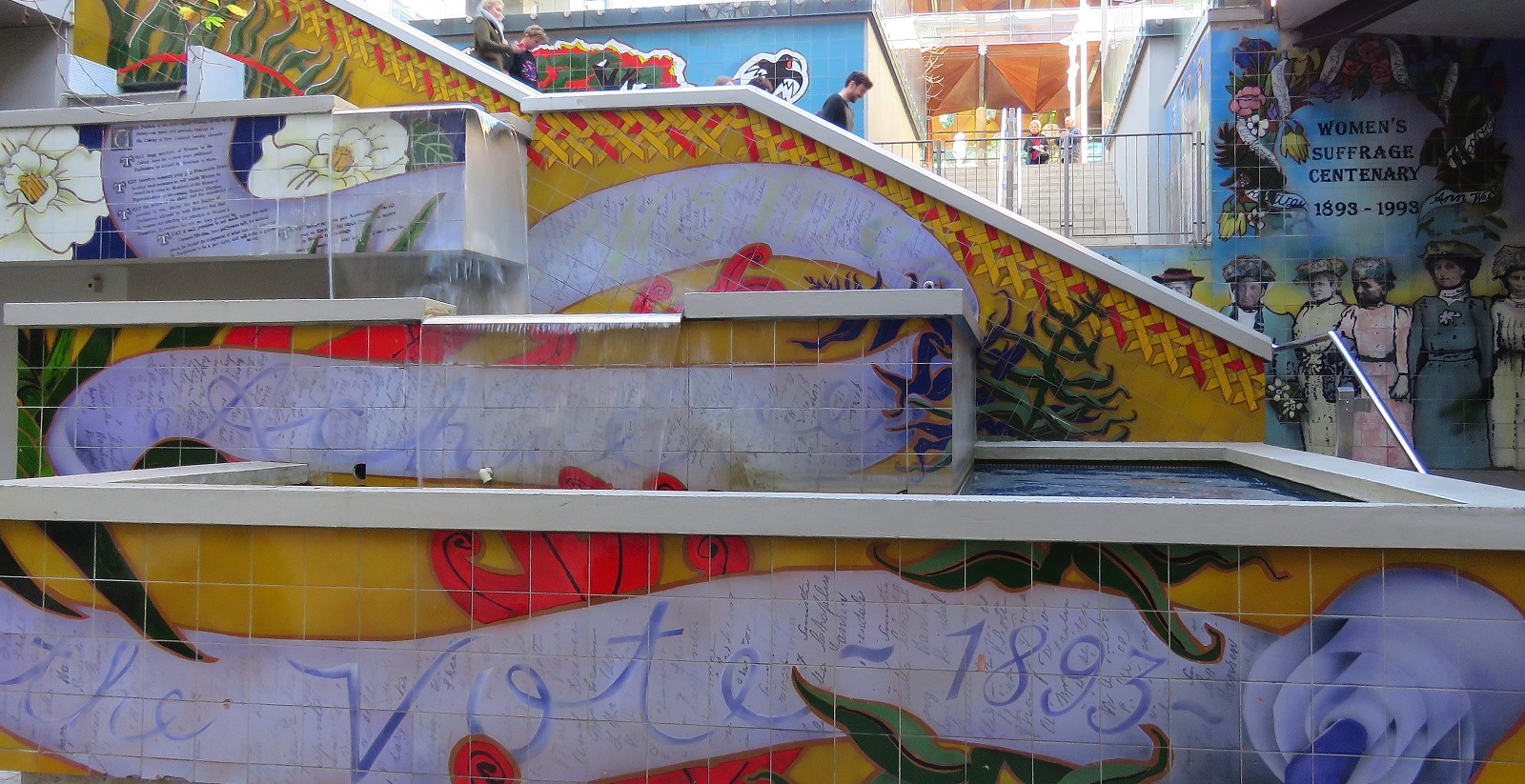 In 2006, the Auckland art fraternity claimed the memorial lacked artistic merit and again tried to have it removed and replaced by a grand staircase offering a clear view to the entrance to the Auckland Art Gallery. The NCWNZ again urged women to respond and four decorated women led a feisty fight back: Dame Catherine Tizard, Dame Georgina Kirby, Dame Dorothy Winstone and Dame Thea Muldoon. In essence, the response was that the historical dimension of the memorial was being ignored. As one of the few tributes to NZ women, the memorial needed to stay in central Auckland where it was originally sited. A war of words broke out in the media. Gallery owner Hamish Keith urged the memorial’s resiting asking:

“Do they really think it OK to defend a memorial to women that is pissed on every evening?”.

Herald columnist Brian Rudman was scathing in his response:

“The Grand Poobahs of Auckland's art world just can't help themselves when it comes to the Khartoum Place suffrage memorial. To them it's a folk-art excrescence, polluting the front door of their newly upgraded temple of high art.”

The women of Auckland and their representative organisations again set out to collect signatures to support the retention of the suffrage memorial in Khartoum Place in perpetuity.

In 2012, the new Auckland Council resolved to keep the suffrage memorial in Khartoum Place after $2.2 million was spent by the former Auckland City Council preserving the memorial for its first stage of upgrades. It was heralded by women’s groups as a great feminist victory.

Three years later, in 2015, another attempt was made to have the memorial re-sited by a group of inner-city architects and gallery owners through the Unitary Plan process. The NCWNZ sought scheduling of the memorial as a heritage item under the Unitary Plan, to preserve the suffrage memorial in perpetuity. In opposition, the arts sector produced past arguments for its removal, claiming that the memorial was “folksy” and “crafty” and that the important inner city space was more deserving of a grand staircase up to the Auckland Art Gallery.

Who are the women pictured on the suffrage memorial?

Pictured on the memorial next to the second set of steps are nine women linked or representative of the New Zealand suffrage movement. 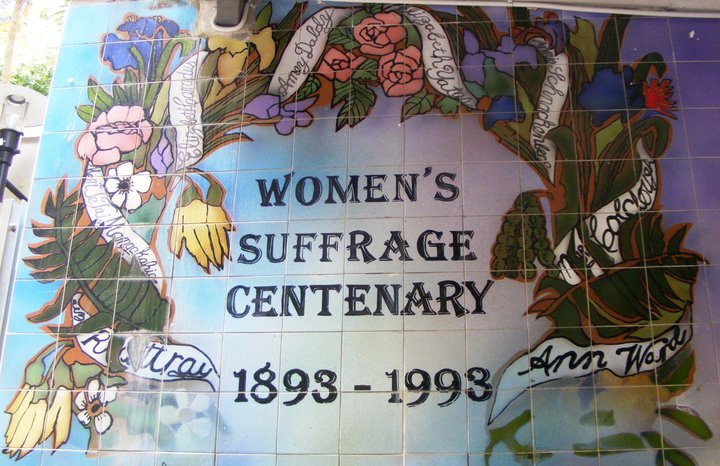 The plaque above the women lists another two additional important suffragists:

Each of the named women on the memorial have their own unique story to tell. They are also representative of thousands of ordinary women who worked hard to collect the 31,872 signatures for the 13 petitions that would ultimately change the thinking of the male parliamentarians of the day.

What do the symbols on the suffrage memorial mean?

The scroll on which the vital signatures were collected is the uniting central theme of the suffrage memorial. It weaves back and forth through the fountain and is supported by the white camellia panel (the flower handed to each of the male MPs who supported the 1893 Electoral Bill). There are many cultural and geographical symbols throughout the memorial including the extinct huia bird, Rangitoto Island, the Southern Cross, the pōhutukawa tree, ferns, koru and a tukutuku patterned border.

What is the relevance of the ‘Bicycle Women’ panel?

The ‘Bicycle Women’ celebrates the role of the bicycle in empowering women in their achievement of women’s suffrage. Many suffragists took to their bicycles in 1893 to reach outlying rural areas to gather signatures for the petition to Parliament. 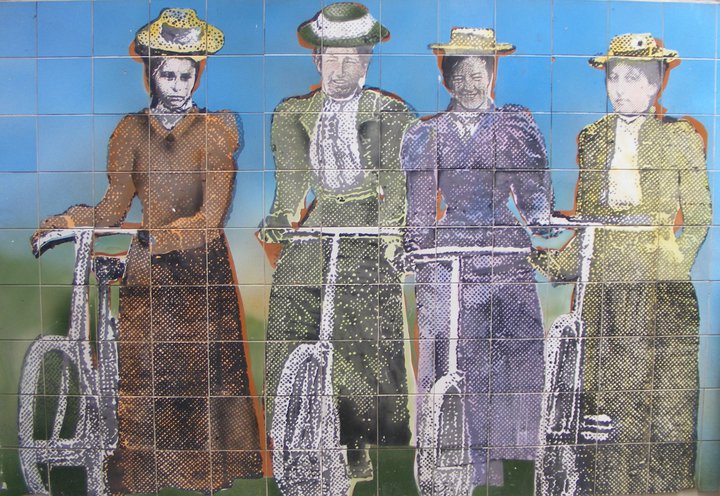 When was the suffrage memorial officially opened?

To mark the centenary on NZ women achieving the vote, the Government granted funds for individual memorials to be erected throughout New Zealand, through the Suffrage Centennial Year Trust. Auckland City Council also contributed. On 20 September 1993, it was unveiled with much celebration by the women of Auckland (the final ‘Bicycle Women’ segment was completed and installed three months later).

The ceremony was attended by the then President of Ireland, Mary Robinson and Governor-General, Dame Catherine Tizard. The celebration was marked by overwhelming joy as hundreds of women walked along Queen Street singing and waving their banners. 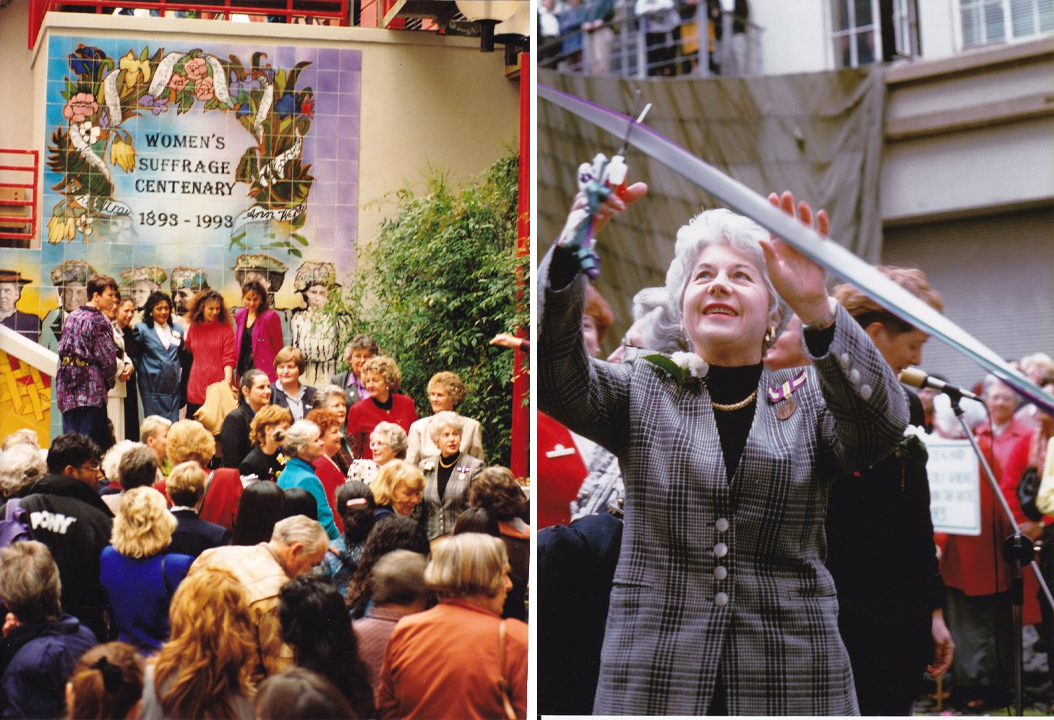 Is the suffrage memorial now protected?

Yes. The decade-long campaign to protect the memorial by the women of Auckland was successful. In 2016, the Auckland Women’s Suffrage Memorial was scheduled as a heritage site through Auckland Council’s Unitary Plan, giving it protection in perpetuity as “a historic heritage place”.

In addition, in 2016, Waitematā Local Board re-renamed Lower Khartoum place as Te Hā o Hine Place, the name was gifted by Ngāti Whātua Ōrākei and is derived from the Maori proverb ‘Me aro koe ki te Hā o Hine-ahu-one’ translating to 'pay heed to the dignity of women’.