Astute and intelligent with a nose looking for a job, a human to work for and constant companionship.

That’s the brief an Auckland family opted for when they found they were struggling to give their beloved pet the lifestyle he needed. They’d owned Watson since he was eight weeks old but as he got older it became clear they weren’t the family for him, the fit just wasn’t right for them or for Watson.

After reading about Auckland Council’s amazing biosecurity pest detection dogs and their trainers, the family reached out to the team for help and advice on their own canine conundrum.

Bethany, who works at Auckland Council, reached out to Rachel Kelleher, General Manager Environmental Services for her advice, and asked whether the pest detection team might be open to a new member.

“We knew we couldn’t give him what he needed,” says Bethany Weaver, Watson’s owner.

“He was a smart, busy puppy, he needed a job, needed to work. We’re excited to see what is next for him and how he can build on his skills to hopefully help strengthen Auckland Council’s frontline defences against biosecurity threats.”

“This was a really special situation,” says Rachel. “We’re so happy to have been able to support this family by offering Watson a home that will suit his needs. This is an extremely rare occurrence, but it’s all working out.”

“It just happened we were looking for one last dog to join our team,” says Brian Shields, Biosecurity Advisor Pest Detection Dogs.

“We already have a team of five springer spaniels, two working and two puppies in training. Another six-month-old was exactly what we were after, so this was a case of perfect timing.” 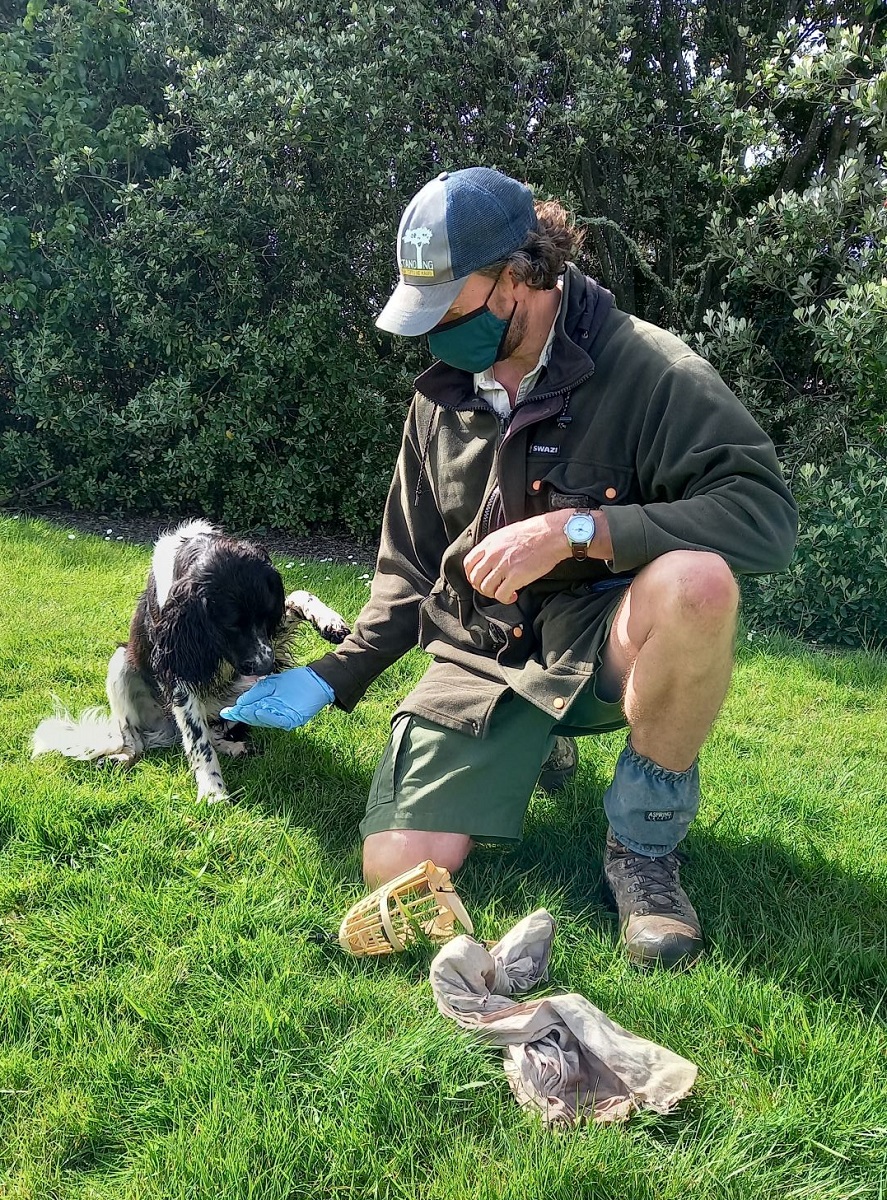 The team were able to arrange a contactless handover to ensure the wellbeing needs of both the family and their dog were supported. Watson the dog is now settled in with southern Senior Regional Park Ranger Paul Wilson and his family, getting to know Paul’s existing pack. He’ll be trained to work as a stoat detection dog.

Paul says, “Watson is settling in well with his new pals. I’m glad I was able to assist with Watson’s rehoming and my children were very excited when he arrived.  Watson shows a keen interest in sniffing the scents around his new home, and is responding to basic commands; this is a good start for him as he works towards potentially becoming a K9 contributor to biosecurity.

“I want to recognise his family’s noble decision to find him a suitable alternative arrangement that suits his natural inclinations.”

The family will follow the aspiring detector dog’s progress with interest to see whether he has the right nose for the job.

If you need advice or help with caring for your pets, reach out to your local veterinarian or check the SPCA website for advice and welfare information here.