Auckland Transport (AT) has released a report [PDF] showing a reduction in crashes on key roads where lower speed limits were introduced last year.

This is compared to the average number of deaths on the same roads in the last five years.

When the AT board made the decision to change speed limits, it also committed to monitoring the impacts of the speed limit changes after one year, two years and five years. Results for the first year, for the 12 months to 30 June 2021, also show a limited impact on journey times.

Shane Ellison, Auckland Transport’s Chief Executive, says that while the region has, unfortunately, seen a recent upward trend in deaths and serious injuries -  these results after the first year are very positive.

“The monitoring and evaluation work done highlights that roads treated by the first phase of the speeds programme (approximately 10 per cent of the Auckland Transport network) are now much safer.

“While overall, the number of crashes is similar to pre-implementation, overall severity rates have reduced. This is great news and while we still want to see the positive results continue through year two and year five, the early indications are that interventions like slower speeds do work,” Mr Ellison says.

AT also recently commissioned surveys - following town centre and residential safety improvements - that were delivered as part of the safe speeds programme. These showed overwhelming public support for the changes. Respondents said they feel safer and are more likely to walk or cycle as a result.

Initial results for key rural roads show that there has been good compliance with the new limits and average travel speed reductions are between 3 km/h and 7km/h.

Results also show that travel times have not been significantly impacted. For example - on a nine-minute journey there has been an approximate increase of between 20 and 50 seconds. 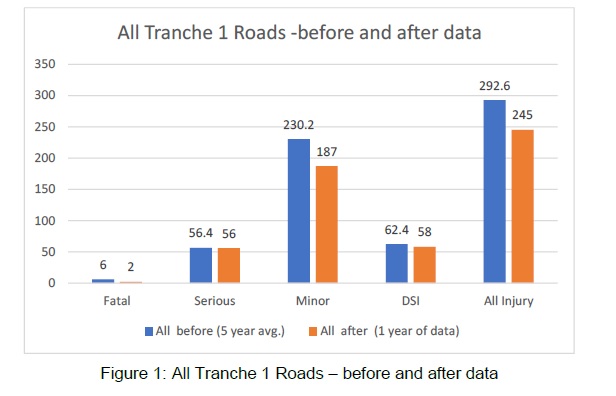 Shane Ellison says that while these are still early results, AT is confident in the safety benefits that the safe speeds programme will continue to deliver.

“Sadly, we have seen a rise in deaths on parts of the road network where we haven’t addressed the speed limits, which is horrific. The roads with safe and appropriate speeds have bucked this devastating trend of an increase in death on the wider network.  A recent independent review by international road safety expert, Eric Howard, said we need to move faster in reviewing speed limits – the evidence after year one of our safe speeds programme supports that as the new speed limits are working.”

“International research shows us that even small reductions in speed will have safety benefits - at 80km/h a 2 km/h reduction is predicted to reduce all injury crashes by five per cent and fatal crashes by 9.6 per cent.”

“This is why we are doing what we are doing. It’s really simple - the safe speeds programme is saving lives.” 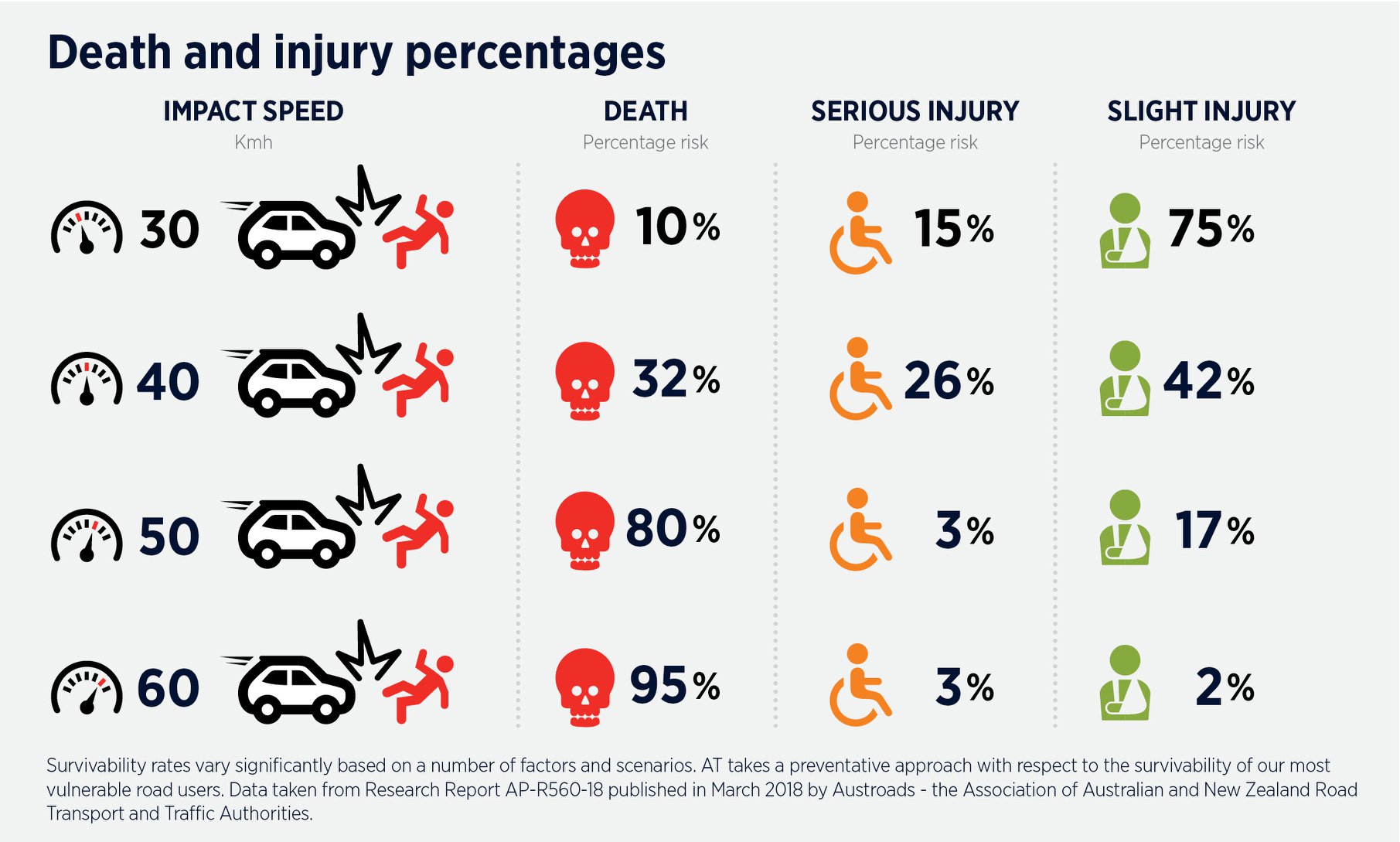 AT is now publicly consulting on its next phase of safer speed limits for Auckland and is seeking public feedback on the proposed speed limit changes until 14 November 2021.

Most of the proposed changes involve 462 roads near 57 schools around the region and 208 rural roads.