While coastal erosion may be posing a threat to some Auckland waterfront properties homeowners are asked to work closely with the council first and not to take matters into their own hands.

This comes after a Beachlands property owner carried out substantial preventative erosion work without council building and resource consents, landing them a fine of more than $41,000.

Auckland Council Team Leader Investigations David Pawson says, “We understand that protecting properties from erosion is important, but we ask homeowners to work with us and apply and gain consent before starting any work.”

This point was highlighted by Chief Environment Court Judge David Kirkpatrick in the sentencing of the company and its owner Mr Keshvara at the Auckland District Court recently.

The Judge commented that Mr Keshvara’s decision to proceed in the expectation he could obtain the necessary consents retrospectively amounted to a ‘thumbing of the nose at the regulatory regime.’

He went on to say this was a significant factor in the assessment of the defendant’s offending. He said the regulatory regime exists for good reason, which includes protecting the environment, and the health and safety of the public.

The Judge added that offending which challenges this must be met with a sentence which particularly emphasises general deterrence.

Mr Pawson reflects the Judge’s comment, “This should act as a deterrent to others who are considering doing any work to their properties that merge onto any areas encompassing coastal or council reserves. The damage to the area can cause major issues, and owners have an obligation to understand the rules pertaining to their property.” 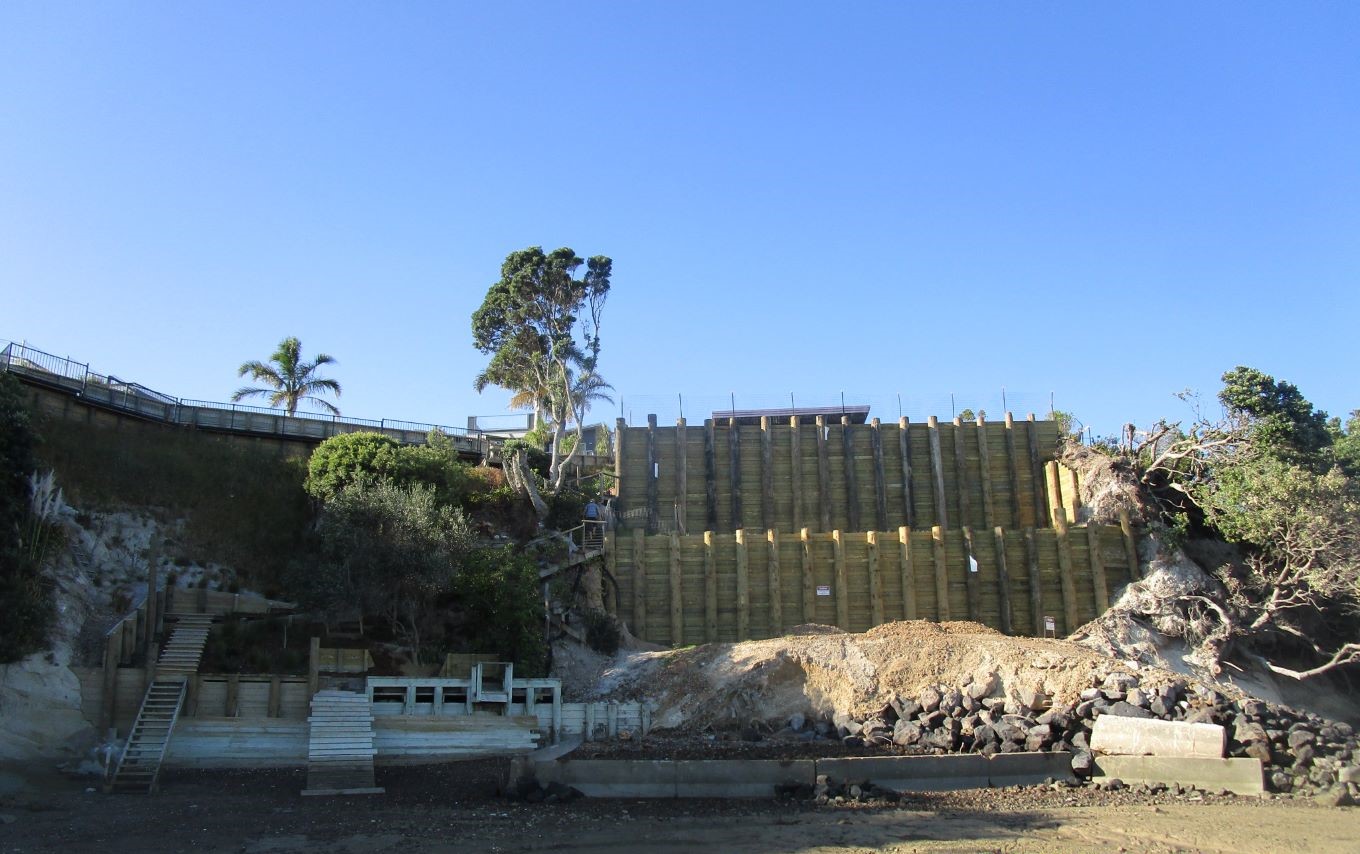 The unconsented work involved the construction of two 20 metre wide retaining walls, one 5.8 metres high and another approximately 4 metre high. Rocks, aggregate and concrete barriers were also placed on the foreshore to provide access and a working platform for machinery.

Due to the large scale of the unconsented work the council prosecuted the company charging it under the Building Act for unconsented building work along with two Resource Management Act (RMA) charges for illegal use of the foreshore.  K4 Group Management pleaded guilty to the charges and was fined $41,250.

Coastal property owners are reminded that under the RMA, the Auckland Unitary Plan contains rules relating to activities on land and in the coastal marine area, which includes the foreshore.

For more information visit Advice before you start (aucklandcouncil.govt.nz