Stock trucks and produce lorries once rolled through Pukekohe but today they bypass the town while megastores drag shoppers to nearby precincts.

Change is inevitable and shaping it is the role of Auckland Council’s urban regeneration agency Eke Panuku - working with Franklin Local Board and the community.

Now people are being invited to comment on the draft Pukekohe Masterplan’s vision.

“We’d sooner work with passionate communities like Pukekohe than ones that stay silent.

“Change could only happen gradually, and things must be done with growth in mind. The plan balances many factors but is just a starting point, not something set-in-stone. We listened to feedback around the trial, and we will do again.”

“We’re growing because people want to live in a place that still has that country feel. But we can’t pretend we aren’t changing, and that Drury isn’t happening. Our population will nearly double over the next 20 years so now’s the time to plan for the changes needed to make our town even better.”

“We’re taking a staged approach to continue learning how change affects the town, what we’re sharing now is just the first projects we’d like to start with.” 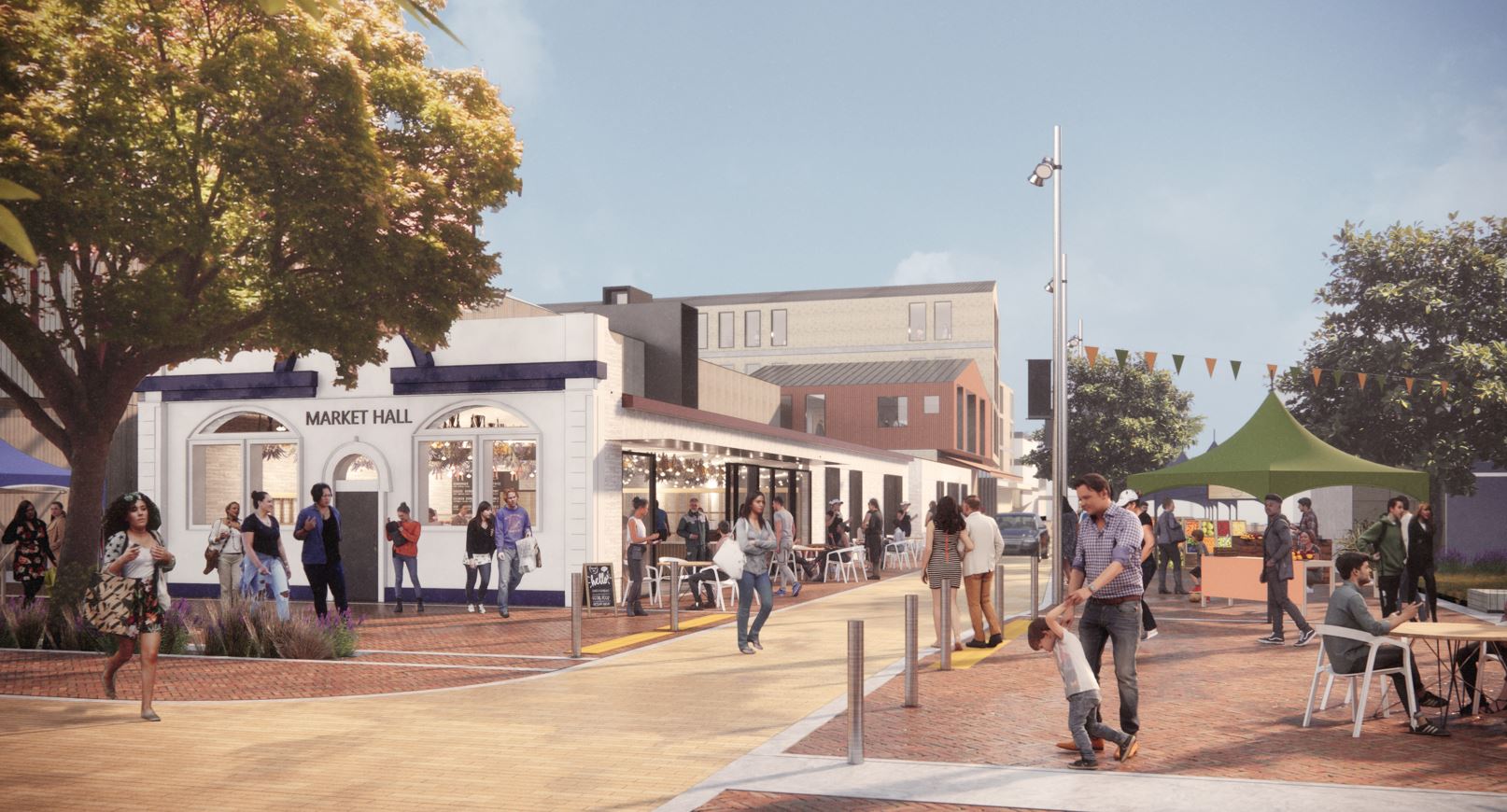 Improved access around the town's network of laneways would better connect public spaces.

“Residents have told us they want access to local jobs, health care and education. Panuku has already responded, the old council offices becoming a health hub. We have much to build on.

“The plan has a Market Hall project that highlights our heritage while improving roads, paths and the town square.

“How good would it be to have a permanent home for the market, or to upgrade Devon Lane and Roulston Street to make them safer for people to enjoy public space while enabling the market to operate on wider footpaths?”

Other proposals include an Edinburgh Street development, improved access to town via a laneway from a renewed Franklin: The Centre, creating a dining district and more living and work space.

“We don’t always get it right,” Davison says. “We try to learn from that and are always influenced by what people tell us. We learn as we go by listening and talking to people.”

He says while freeing up council land provides space and funds to deliver improvements the community can see, feel and experience, a lot of criticism centres on parking, but that is where transformational moves happen.

“There will always be parking for those who need it, and providing it to support businesses is part of our plan, which prioritises short-stay within the ring road and long-stay outside it.

Auckland Transport has also purchased more than 100 carparks in the Farmers building. “We’re working to make access easier, so locals, including workers, can park near the centre of town. But we also know some locals want better cycle and walking access.”

Cashmore will chair a Pukekohe Business Association event at Franklin: The Centre on 9 August to share the masterplan with members. Doors open 5.30 for 5.45pm. Register before 5 August - info@pukekohe.org.nz.

The public can comment until 31 August at ekepanuku.co.nz/Pukekohe-plan, and staff will be in the Town Centre every Saturday in August from 9am-1pm.

Feedback will be reviewed in September ahead of work on changes, with a new design to be presented to the Board and community in February.