The Penrose company who spilled more than 8000 litres of methyl methacrylate (MMA) down a stormwater drain and into an open channel leading to the Manukau Harbour, in February 2021, was fined $112,000 in the Auckland District Court yesterday.

Methyl methacrylate (MMA), a colourless volatile liquid with a pungent odour used in plastic and adhesive manufacturing, leaked from a newly repaired storage tank at their industrial premises and into nearby waterways.

In fining the company, Judge Dwyer said he was prepared to give the company the benefit of the doubt that it had honestly relied on advice on the reparability of the tank but noted the company had knowingly taken a risk in repairing the tank. Prior advice provided to Allnex recommended replacement of the tank.

Judge Dwyer was less sympathetic in relation to the lack of Allnex’s knowledge of a pipe connecting the containment bund to the stormwater network saying it was incumbent on Allnex as the operator of an industrial site, to ensure it understood where and how hazardous substances were stored and that an earlier discharge incident ought to have alerted the company there was a problem.

“We are happy with the outcome and hope this sends a strong message to those businesses who handle contaminants that may be harmful to our environment, to ensure their processes are sound to prevent anything like this happening in the future.”

More than 100 eels were found dead in a nearby stream after the chemical compound spilled into the harbour and vegetation along the bank was also affected.

Having regard to the adverse effects of the offending on the aquatic environment, the potential harm to human health by air discharge, the substantial volume of contaminant discharged, the ineffective mechanisms at the site and prior knowledge of a previous incident, Judge Dwyer concluded $160,000 was the appropriate starting point for a fine with a discount of 30 per cent for an early guilty plea and prior good character. 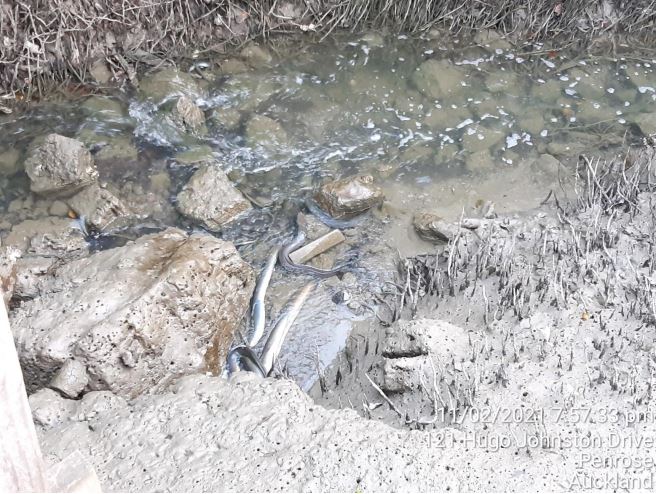 “The death and destruction of the freshwater wildlife and fauna was extremely sad to many involved, especially mana whenua and the community, and this successful prosecution of those responsible should act as a deterrent to others,” added Ms Fergusson.

A cleanup of the inner reaches of the Manukau Harbour took several weeks costing Allnex in the vicinity of $400,000 for which the Judge said the company should receive no credit as they had done no more than was required to remediate their own offending.