Judge Dickey in sentencing, described the offence as deliberate, and the culpability of Mr Arnott high as he chose not to seek a resource consent despite knowing, through his previous dealings with the council, there were restrictions on the removal of protected trees, and he needed a resource consent for its removal.

The Judge went on to say, “The most egregious fact of all [was], well before the tree was cut to the point of no return, Mr Arnott agreed with council officers he would stop work. Yet, not more than two hours later, he went on to cut down the rest of the tree.

“I view that breach of his word as most serious indeed.”

Mr Arnott instructed contractors to remove a large pōhutukawa from his property at 32 Park Avenue, Takapuna in November 2020.

Auckland Council officers were alerted and responded to a complaint regarding work being undertaken to remove a notable tree at the property.

A site visit by council officers observed that 25 percent of the pōhutukawa had already been felled and contractors were instructed to cease work until a valid resource consent was obtained. Later the same day the original complainant notified the council work had recommenced.

Auckland Council’s Team Leader Investigations, David Pawson says the Notable Trees Overlay of the Auckland Unitary Plan imposes special protections for natural heritage and covers individual and groups of trees considered to be among the most significant in Auckland.

“These have been specifically identified to ensure the benefits they provide are retained for future generations.

“This serves as a reminder the rules are there for a good reason and if anyone is in doubt, before removing a tree, talk to us and we’ll advise whether approval is needed or not. Or if you want to find out if a tree is protected, we can help,” he adds.

The two contractors each face one charge relating to the removal of the pōhutukawa, and these matters are still before the Court.

Free planning advice is available by phone only; call our Planning Helpdesk on 09 301 0101 between 8.30am and 12 noon Monday to Friday or visit our website for guidance on working on or around trees. 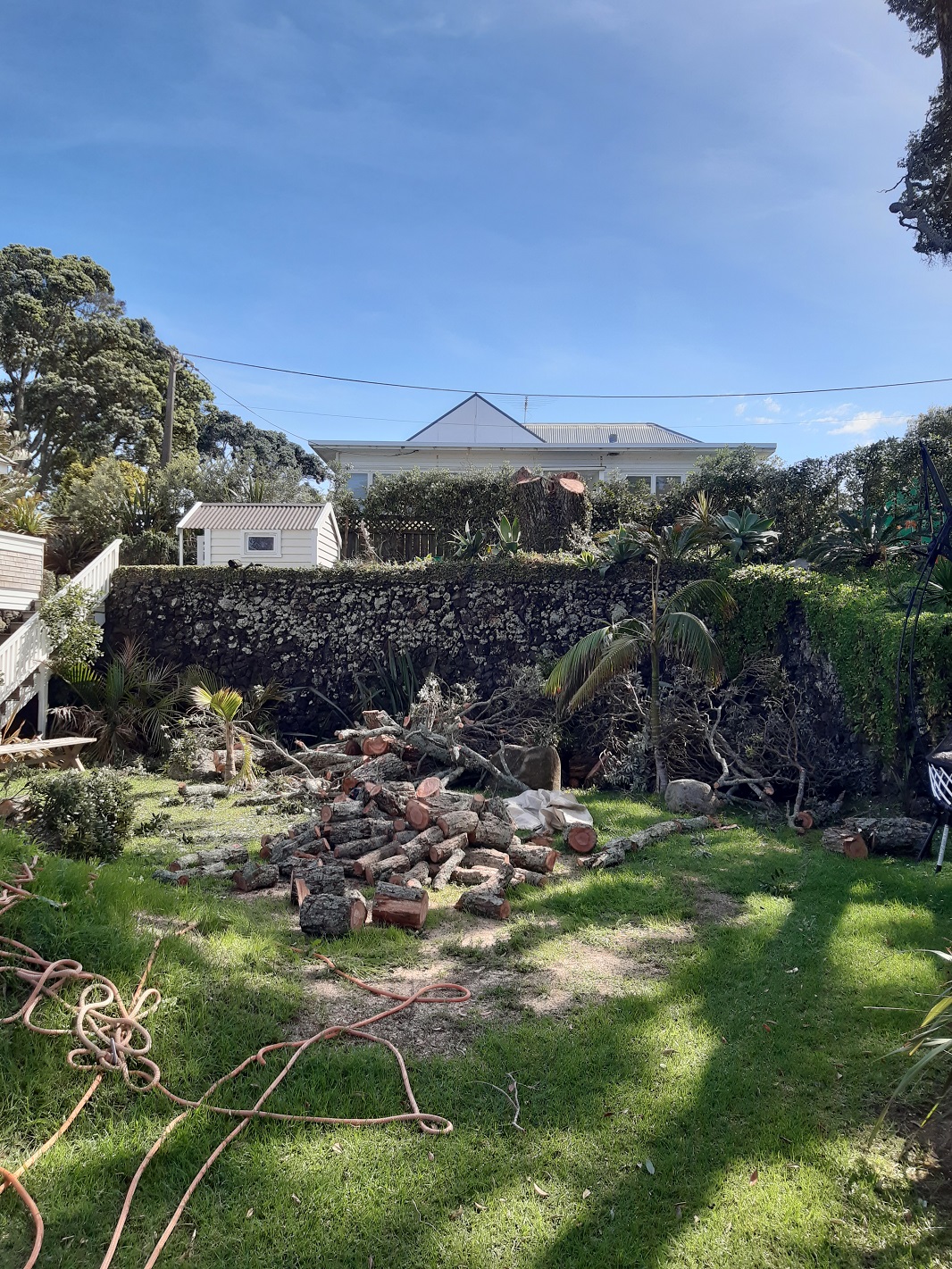