The stunning architectural landmark includes mahi-toi (artwork) by Wāhi Wairua and the use of te reo Māori throughout – thanks to a partnership with mana whenua – with Te Ākitai Waiohua providing design leadership.

Closed off for construction since September 2019, the new station will connect trains with the electric AirportLink bus service, providing a sustainable and easy 10-12 minute journey to Auckland Airport from Puhinui Station.

“The new Puhinui Station will provide a much-improved public transport experience and guaranteed travel times for bus and train commuters, particularly those heading towards Auckland Airport and its employment precinct,” he says.

“It will help to address congestion and is another step in the creation of Auckland’s 21st century transport network.”

Some of the new design features for the fully-staffed station include new escalators, stairs and large lifts to accommodate customers with luggage. There’s also public toilets that use recycled storm water for flushing, drop-off zones and short-term parking bays; along with new and larger platform shelters, a HOP ticket gateline, improved safety, lighting and CCTV.

The station was designed by Aurecon, with architectural design by Jasmax, and constructed by a McConnell Dowell and Built Environs joint venture. It’s future-proofed to allow for additional platforms and KiwiRail’s third and fourth rail lines.

“Puhinui Station will be a game-changer in creating easy, affordable and reliable connections from Auckland Airport into wider Tamaki Makaurau – also by connecting with the fully electric AirportLink bus service, you can enjoy a carbon-free journey to and from the airport.”

“The new Puhinui Station will be a fantastic asset for Papatoetoe. It’s massively transformative, there’s also a high number of airport workers who live nearby, and they’ll soon have a reliable and affordable public transport option for getting to and from work.”

Customers can travel from Britomart to Auckland Airport, via Puhinui, in 45 minutes for the price of a flat white ($5.40), with travel times from Papakura to the airport only 30 minutes and costing $3.90. 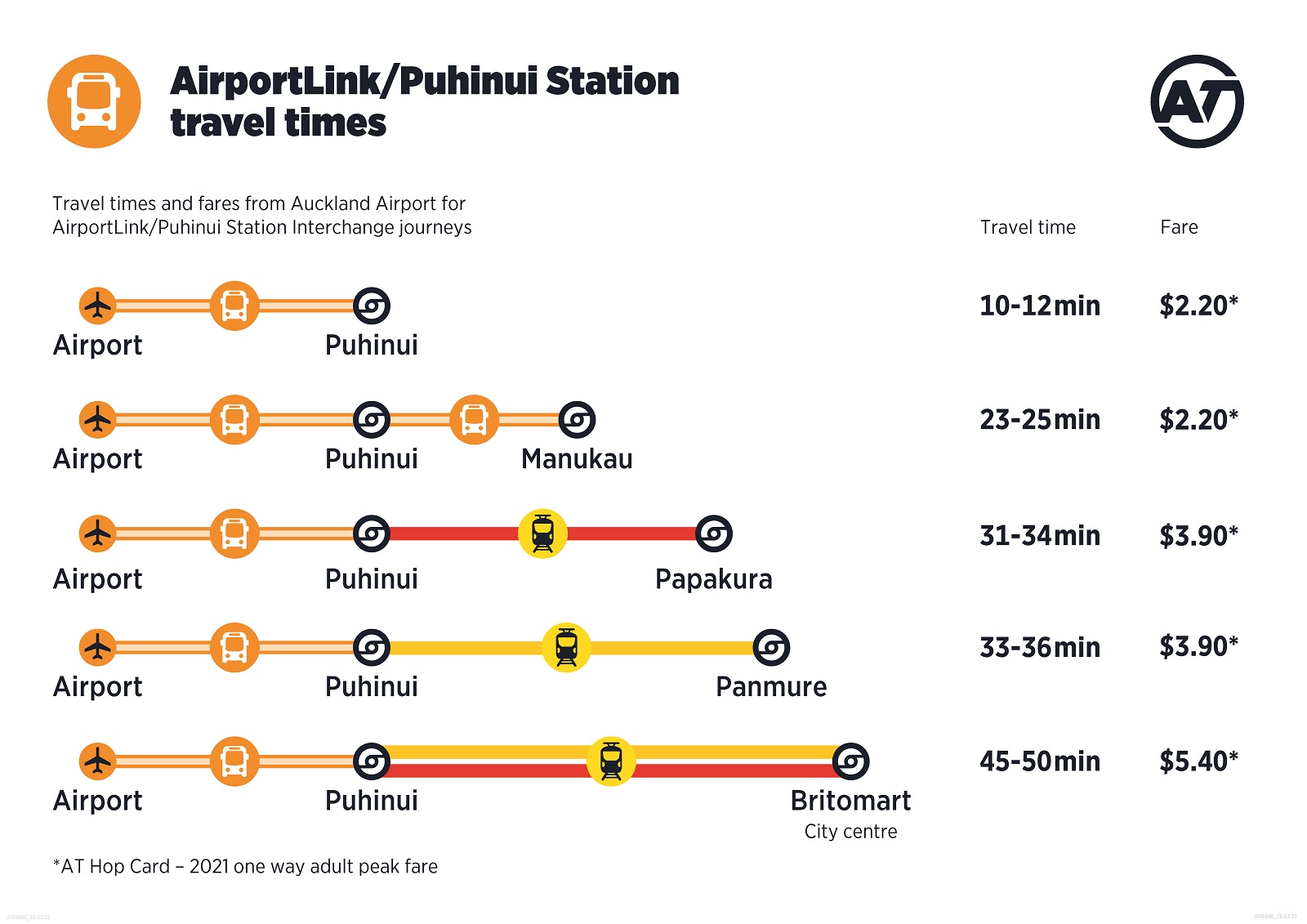 Due to the frequent weekend track closures on the southern line to allow for critical work to improve Auckland’s rail network and ready it for the City Rail Link (CRL) – buses will replace trains to and from Puhinui Station during most weekends in 2021.

Works, being delivered by KiwiRail, are underway to rearrange the busy Wiri and Westfield junctions to build a third track to ease congestion through the busiest part of the network between Otahuhu and Wiri. Once completed, the upgrades will enable increased capacity and better separation of freight and passenger trains, readying the network for the opening of the CRL, which is scheduled to open in late 2024.

During the weekend track closures, the AirportLink will still run from Auckland Airport to Puhinui, and customers can transfer to a rail bus at Puhinui.

Buses will replace trains for any weekend closures, which are expected to continue in some capacity until this work on the rail network is completed in 2024.

A public open day will be held at the station from 11am – 3pm on Saturday 24 July.

Puhinui Station is an early improvement from the Airport to Botany Rapid Transit project, which forms part of the wider Southwest Gateway Programme. 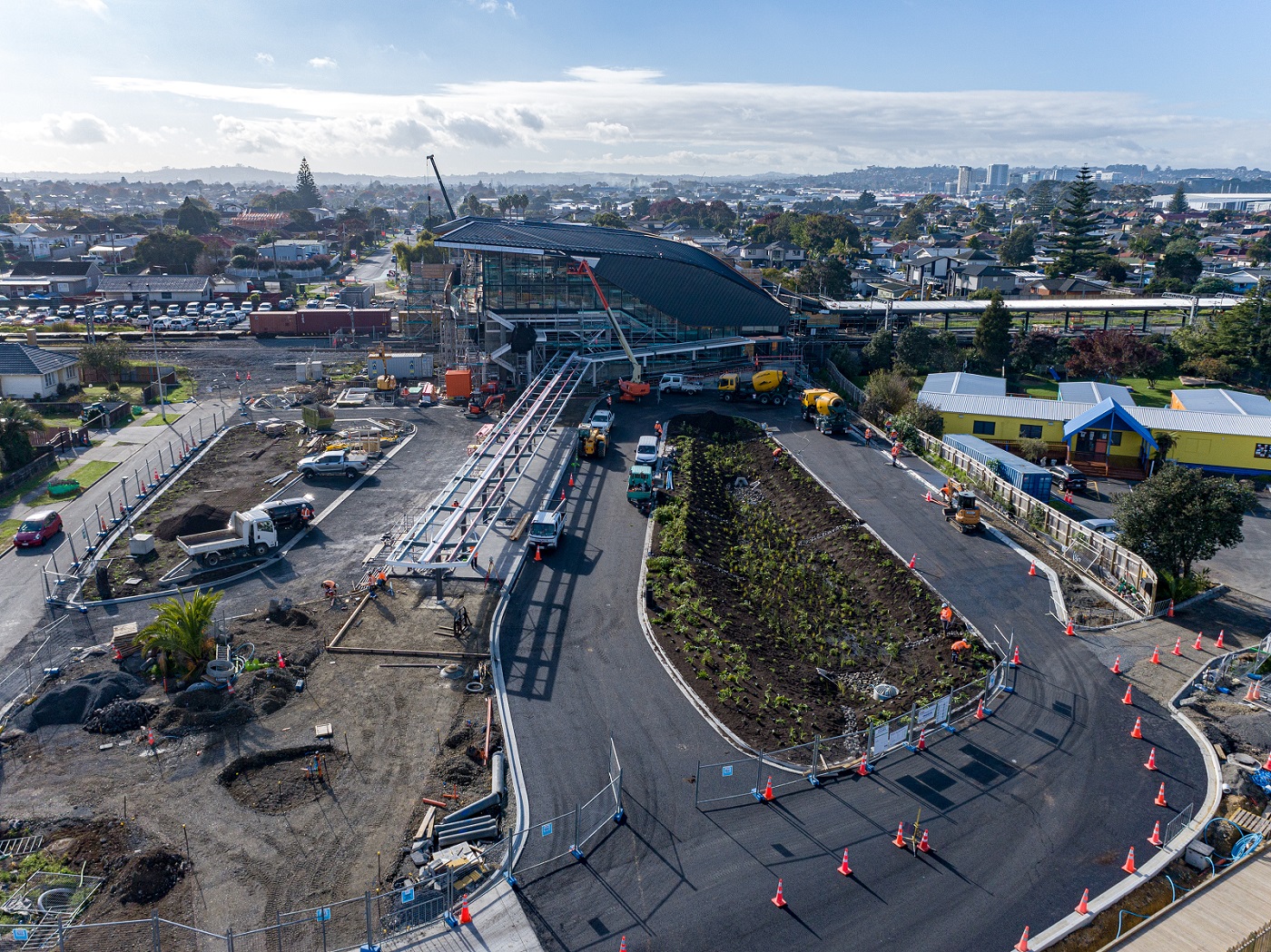