Guided walks through the Eskdale Reserve Network on upgraded tracks Children joined in on the action to reopen tracks.

Dozens took their first step on to upgraded tracks in the Eskdale Reserve Network between Glenfield and Birkdale, where Auckland Council and Kaipātiki Local Board has invested more than $1.3 million in the battle against kauri dieback disease

The event hosted by the local board was held to mark completion of the bulk of the work in the Eskdale Reserve Network, a network of eight connected bush reserves. The upgrades were funded by the council’s Natural Environment Targeted Rate and local board renewals funding.

North Shore ward councillor and chair of the council’s Environment and Climate Change Committee, Councillor Richard Hills says without the extra investment the battle to prevent the spread of kauri disease would have been so much harder.

“Before our $100 million dollar boost in kauri dieback prevention funding we had a budget of less than three million over 10 years. Thanks to communities across Tāmaki Makaurau we were able to secure the Natural Environment Targeted Rate and fund tracks and hygiene stations in our regional parks, but also a significant number in our precious native bush in Kaipātiki.

“It’s fantastic we’re able to put over a $1 million into this project in partnership with local board renewal funding. I grew up running through these tracks and they were a boggy mess back then, it’s amazing to see the difference now.”

Kaipatiki Local Board chairman John Gillon agrees and says the upgrades are not only kauri safe but greatly improved track conditions for users.

“This project has been a long-time coming and one that is dear to my heart. The tracks throughout the park were in a pretty poor state, some had been washed out, tree roots were creating hazards and branches blocked the way, but the new tracks are a world of difference.

“They’re smooth and as accessible as possible, with the outer loop being step-free for wheelchairs, prams and bikes.

“They tracks have also been simplified and re-routed away from kauri trees, and designed to a standard to help prevent the spread of kauri dieback disease,” says John.

“A huge thankyou to everyone for their patience and putting up with the disruption while the upgrade has been underway.”

The local board contributed just over $240,000 in renewal funding to this phase of the project, which also included new hygiene stations

Mr Gillon says this is stage two of the project which started in March last year with the first section from Kaipatiki Road to Lauderdale Reserve reopened October 2020.

“There are still a few things that need finishing off including a couple of feeder tracks, new bollard wayfinding signs at each intersection, new entrance signs and bike hygiene stations at three locations.”

Next year works are being carried out in  Chatswood Reserve, Kauri Glen Reserve, Leigh Reserve and Lynn Reserve and the following year in Birkenhead War Memorial Reserve and Soldiers Bay. 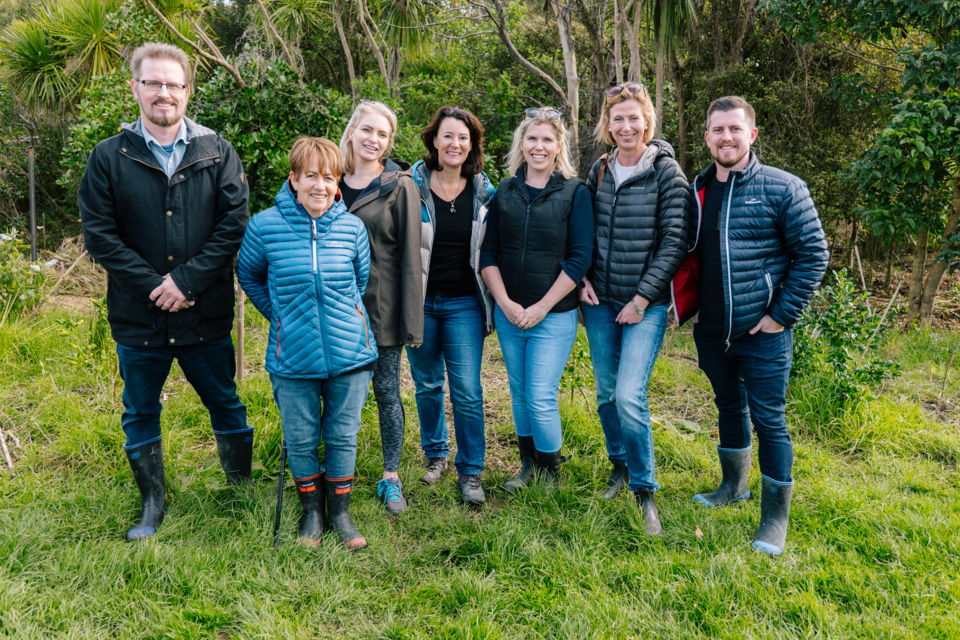 Kaipātiki Project, which organised the weekend’s event alongside the Kaipātiki Local Board, have worked within the reserve network since 1998 and has been closely involved in its restoration since then.

“Working with other groups in the Kaipātiki Restoration Network we had raised the issues of eroding, muddy tracks and the threat to our ngahere (forest). Since 2016, Kaipātiki Project has contributed to the track design, identifying which needed to be closed and which upgraded,” says Kaipātiki Project chairperson Charmaine Bailie,

“As we further understood the threat to kauri, closing more tracks until this work could be completed became a critical priority.

“The Eskdale Reserve Network can now host people to reconnect with the ngahere while keeping kauri and related species safe for future generations to enjoy.  This place is our tūrangawaewae, Kaipātiki Project and all of our people, can now come home.”

This project has been a major undertaking in both investment and logistics.

Frame Group led the design, consenting and consultation part of the project with RAM Construction carrying out the works.