Te reo Māori will be showcased in some of Kaipātiki’s public spaces with mana whenua invited to provide names and narratives recognising the area’s rich Māori history.

Kaipātiki Local Board recently added several sites to the first tranche of locations provided to mana whenua as part of the naming project of Auckland Council’s Te Kete Rukuruku programme.

The full list of 38 locations include our three public libraries and a number of local parks.

“We are excited and honoured to be starting on this journey to restore te reo Māori names to our parks and facilities and to have mana whenua walking along side us on this project,” says Kaipātiki Local Board chairman John Gillon.

The first sites the board is expecting to receive Māori names, for adoption this year as dual names, include:

When adopted as a dual name the Māori name is added and the English name is retained with neither name being a translation of the other. A sole Māori name stands alone with no English name.

Shepherds Park was confirmed as the board’s preferred site to feature a package of bilingual signs which includes entrance, wayfinding, and bylaw signs in both English and te reo Māori. There will also be a bilingual interpretive sign featuring the story behind the name mana whenua provide.

The board also adopted the name Wai Manawa as a dual name for both Le Roys Bush Reserve and Little Shoal Bay Reserve after mana whenua confirmed it was the correct name to be used for the area.

“Wai Manawa is the original name for this area and were keen to see it used in these parks, but it has never been formally adopted, so we are delighted to have mana whenua confirm that it is the correct name to use,” says Kaipātiki Local Board deputy chair Danielle Grant.

Wai Manawa had previously been included as part of the name identified by mana whenua for the Birkenhead lookout Kaimataara ō Wai Manawa, which looks out over Le Roys Bush Reserve.

Mana whenua will now research and identify names and stories for the sites selected by the board for formal adoption of dual or sole Māori names. This is expected to be some time next year.

A whakarewatanga / launch event will be held at Shepherds Park to mark the installation of the bilingual signs.

With the exception of new signs for Shepherds Park and Wai Manawa / Le Roys Bush Reserve and Wai Manawa / Little Shoal Bay Reserve, which were already planned for, existing signs in other locations will only change when they are scheduled to be replaced.

The remaining sites will continue to be worked on with their names to come at a later date.

Auckland Council’s vision is that te reo Māori, is seen, heard, learnt, and spoken in everyday life, including our public spaces. We also want to help Aucklanders be knowledgeable and proud of the Māori identity and history of our city.

Honouring stories of the past

In 2017 the council launched the Te Kete Rukuruku project, a culture and identity programme to collect and share the stories unique to Māori in Auckland. The programme is led by iwi, in partnership with the council and its local boards.

One component of this is a naming project which will see te reo Māori restored to the whenua through the adoption of contemporary or ancestral Māori names.  In some cases these names existed prior to the current names, or they may reflect an environmental theme or historical activity in the area prior to European settlement.

Short narratives explaining the significance of the names are also provided by mana whenua and give meaning and connection to the place. In doing this, we aim to honour and showcase the names and the rich Māori stories of Auckland – some of which have been lost over many years.

Kaipātiki was among the first of 15 local boards involved in the programme, agreeing to take part in 2018. 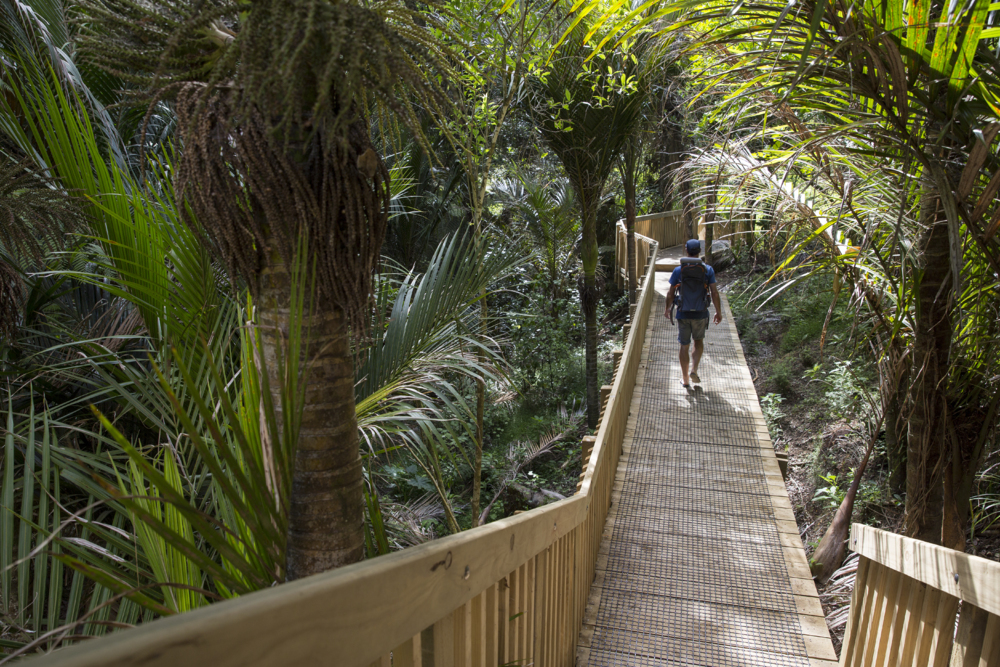