Auckland continues to grow up, according to the latest building consent data revealed in Auckland Council’s Development Strategy Monitoring Report.

The findings show that in the three years since the Auckland Plan 2050 Development Strategy was adopted, the pattern of growth and development activity continues to support the delivery of a more compact city.

The report monitors building consents and code compliance certificates issued across Auckland between 1 July 2020 to 30 June 2021.

The report reveals that housing consents remain on the rise in Auckland, total dwellings consented increased by almost 30 per cent compared with the previous reporting year. 82 per cent of those consents were issued in the existing urban area, and 62 per cent of total consents were for intensive housing - apartments, townhouses, units and flats.

“We are also seeing a strong trend towards more intensive housing types, with apartments and townhouses making up a large share of consents issued. In 2020/2021, for example, 170 per cent more high-density dwellings were consented than in 2016/2017, the first year the Auckland Unitary Plan was operative.

“This is helping to provide Aucklanders with more housing choices and more opportunities to live close to the services and facilities they rely on,” Phil Goff says.

85 per cent of dwellings consented around Auckland’s big centres (Manukau, Westgate, Albany and the city centre) were for intensive housing types, and 85 per cent of consents within 1500 metres of train stations and northern busway stations were also for apartments, units, and townhouses.

The report also indicates that business has grown in Tāmaki Makaurau with 595,354 square metres (sqm) of business floor space consented in 2020/2021, a 31 per cent increase from last year.

Chair of the Planning Committee, Councillor Chris Darby, says the findings from the report demonstrate that Auckland is growing well. 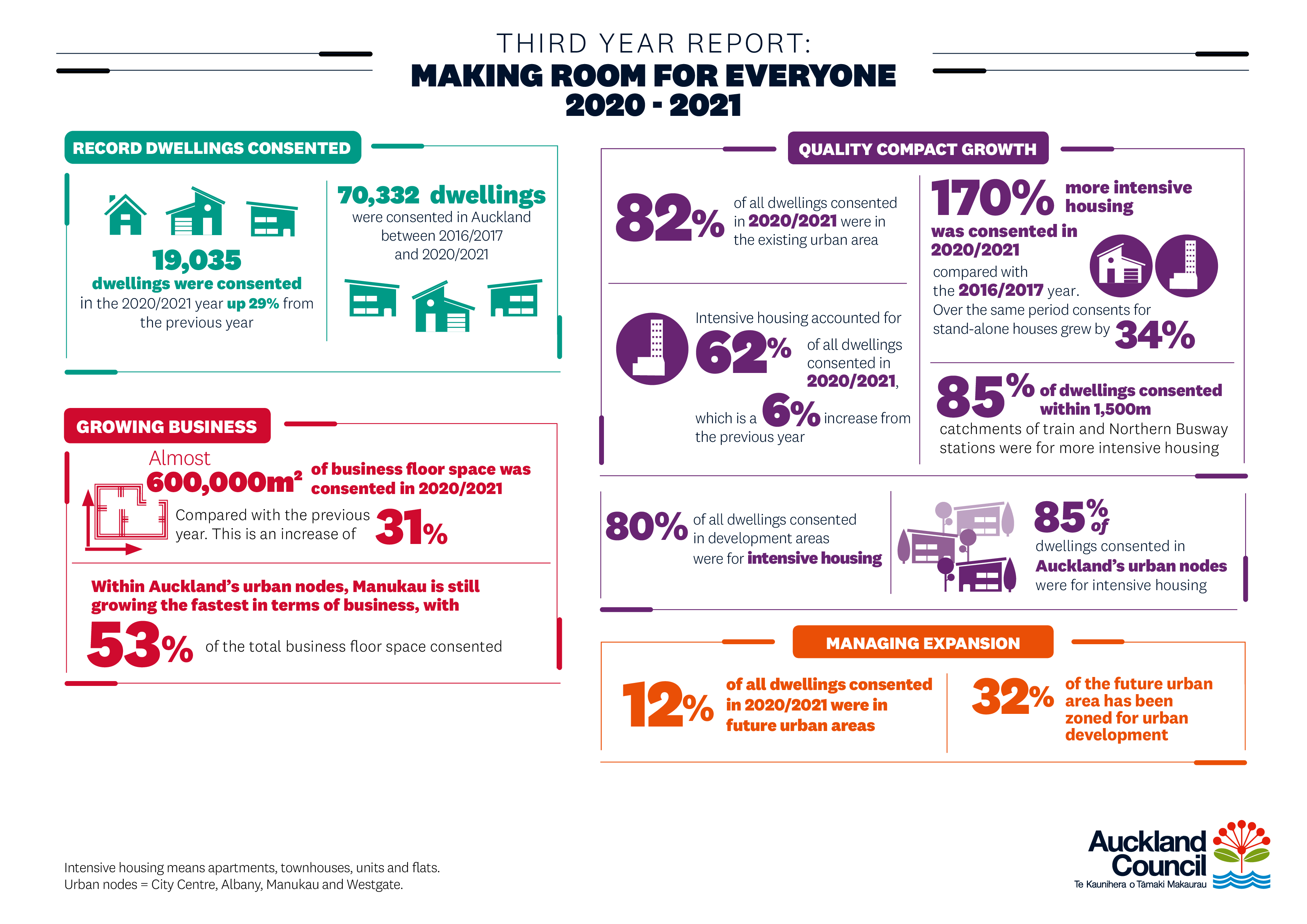