Build your confidence with 5 tips for nervous cyclists

For some cyclists, the thought of sharing the road with motorised vehicles is enough to put them off the idea altogether.

But in Tāmaki Makaurau, there are a number of ways for traffic-averse cyclists to build their confidence thanks to the city’s bike-friendly infrastructure.

Kick up the stand

They say you never forget how to ride a bike, but if you need a refresher before heading out again, Auckland Transport offers a range of bike (and e-Bike) skills courses for adults and children. If you just want to know the basics, or if you want some help figuring out how to safely navigate Auckland’s increasing number of separated cycleways, cycle lanes and shared paths, there are a range of courses available.

These courses start out on flat concrete, before heading onto roads with very little traffic and then onto cycle lanes and shared paths.

If you’re dusting off an old bike and going it alone, it’s best to start local. Try a quiet street with plenty of room to move or a local shared path.

Go for a spin

Exploring by bike is growing in popularity, especially as e-bikes take off. So if you have a bike rack on your car, chuck your bike on and make a day of it. You can also take your bike on select public transport routes - including most ferries and on trains outside of peak times - so you can plan your trip to avoid biking on busy roads and only travel on shared paths and cycleways.

Search the Akl Paths website and you can filter for location, features and activities and choose between more than 100 cycle paths across the city. 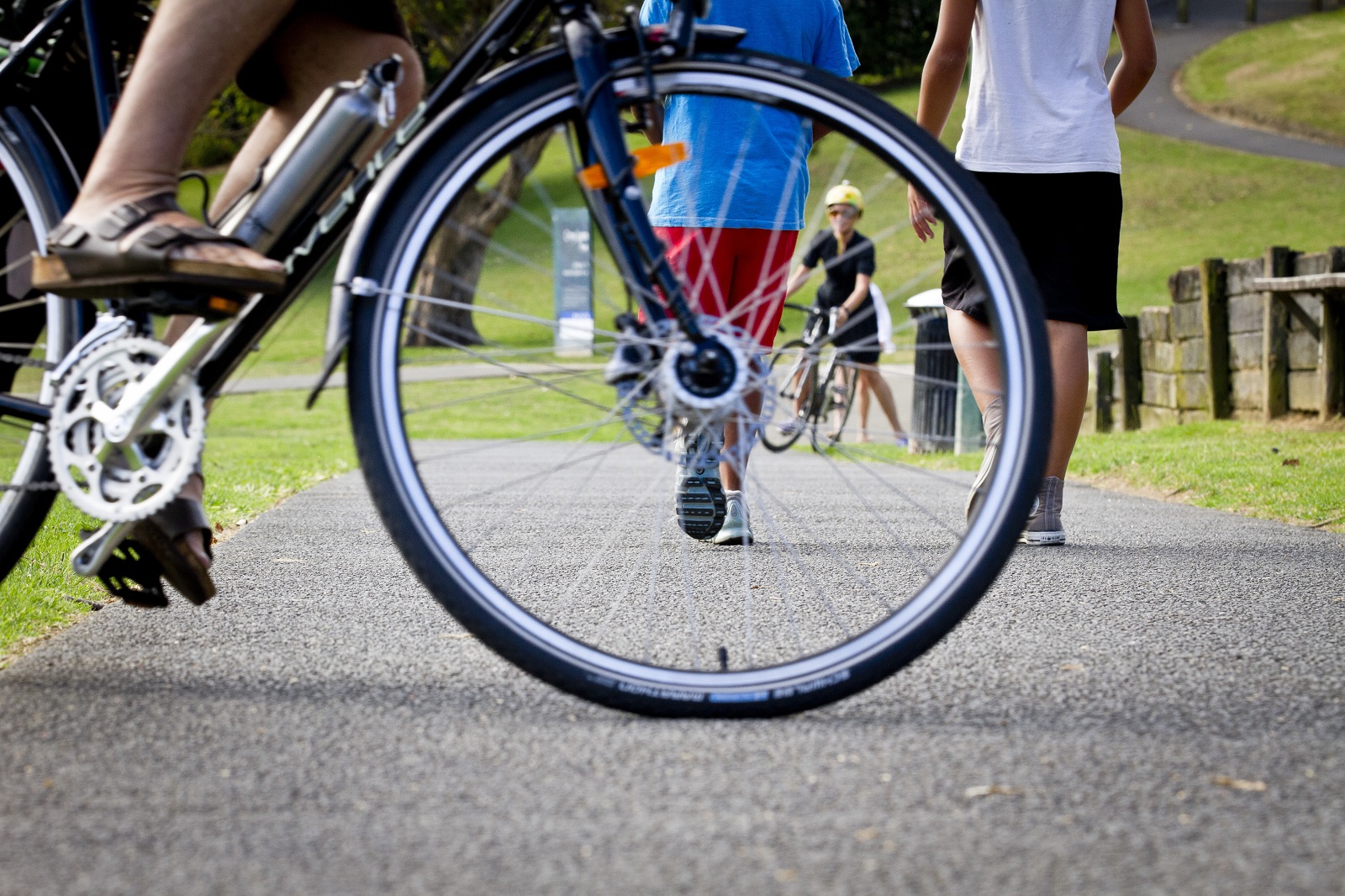 They see me rollin’

The cycleway running from the central city alongside the Northwestern Motorway past Point Chevalier, Waterview and Te Atatū is completely separate from the road the entire way - and there are a number of great paths branching off from there.

On the North Shore, the Takapuna to Devonport route heads across bridges, along shared paths and down quiet residential streets and takes in parks, mangroves and heritage areas.

It’s important to take safety seriously, so always wear your helmet, buy good lights and wear reflective gear. But many are surprised to discover that drivers are typically courteous and accommodating and the cycling infrastructure being built around the city means it is a very safe activity.

While it is possible to plan your bike trip to avoid roads altogether, it doesn’t take long to get comfortable and, soon enough, you probably won’t want to limit yourself. After all, taking a new route through the back streets on your bike is a great way to see the city in a different light.