Making a move on emissions

It’s a big ask: Auckland needs to reduce transport emissions by 64 per cent over the next eight years to support our goal of halving total emissions by 2030. That means we need to make it easier to get around without a car.

It’s vital that we cut down on car trips, as 43.4 per cent of Auckland’s emissions come from vehicles. Te Tāruke-ā-Tāwhiri: Auckland’s Climate Plan sets out our approach to reduce emissions and adapt to the impacts of climate change. The City Rail Link, buying zero-emissions buses and expanding the Rapid Bus network are three major transport changes already underway.

The council also proposed a Climate Action Targeted Rate that will invest over $1 billion in a range of initiatives to make it easier for Aucklanders to reduce car trips.

Auckland Council’s community climate action team manager Lucy Hawcroft says while Kiwis have been concerned about climate change for some time – especially as we’ve seen an increased frequency of extreme weather events in recent years – often we’re confused about what we can do as individuals that will have the greatest effect.

“Research shows that many New Zealanders think recycling and producing less waste is the best thing they can do to prevent climate change,” says Hawcroft. “And while that is an awesome thing to do, it won’t have as much impact on emissions. Driving less will.”

That means using public transport, cycling or walking rather than getting behind the wheel of your car whenever possible. Even just taking the bus to work a few times a week will help, says Hawcroft – it doesn’t have to be all or nothing.

“Sometimes we have this mentality that we have to change everything to make a difference, and while that would be great, it doesn’t mean we’ve failed if we can’t cycle or walk or use the bus every time we go out. Realistically, in Auckland, there are times when people need to drive. But if you can cut down your car trips by a few every week, it helps.” 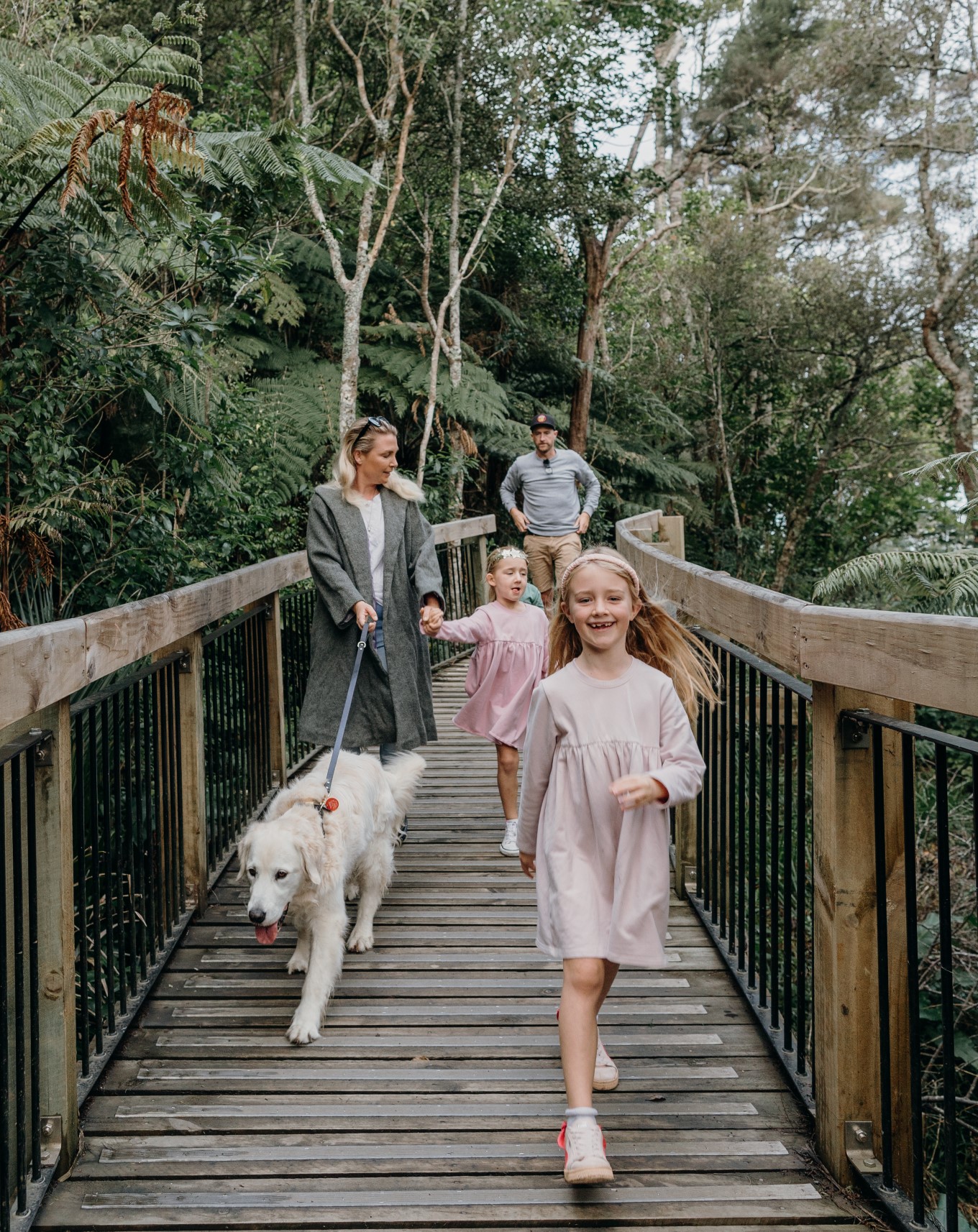 Everyone in the family can do something to help reduce emissions and protect our environment, like choosing public transport, cycling or walking

In Auckland, most of our transport emissions come from journeys under 6km, and many of those trips are less than 2km. One way of making a difference is to consider alternatives rather than reaching for the car keys if you need to pop to the dairy for milk, for example. Could you walk or cycle instead? Or can you hang on until you need to go out on other errands and do several tasks in one outing (a practice known as trip chaining)? Can you organise your routine so that you can walk the kids to school a couple of times a week? Is it possible to carpool to work or arrange ride-shares to get your children to after-school activities or sports games?

Often it’s a matter of adjusting our thinking and adopting new habits, says Hawcroft. “We’re pretty adaptable. When plastic bags were banned from supermarkets, it only took most people a few weeks to get used to using their own bags. If it was easier to walk and cycle and take public transport in Auckland, people would soon get used to doing
it, and probably be healthier and happier because they’re spending less time sitting in traffic. A lot of the countries overseas that have the highest quality of life ratings are those that have great urban design and public transport systems.”

Auckland Council has been putting a lot of time, energy and resources into making it easier for Aucklanders to drive less.

“We need to deliver reliable, convenient and well-integrated public transport and a network of safe walking and cycling infrastructure that connects people to their destinations. Delivering a low-carbon transport system that provides people with better choice is essential for reducing emissions and enhancing quality of life.” 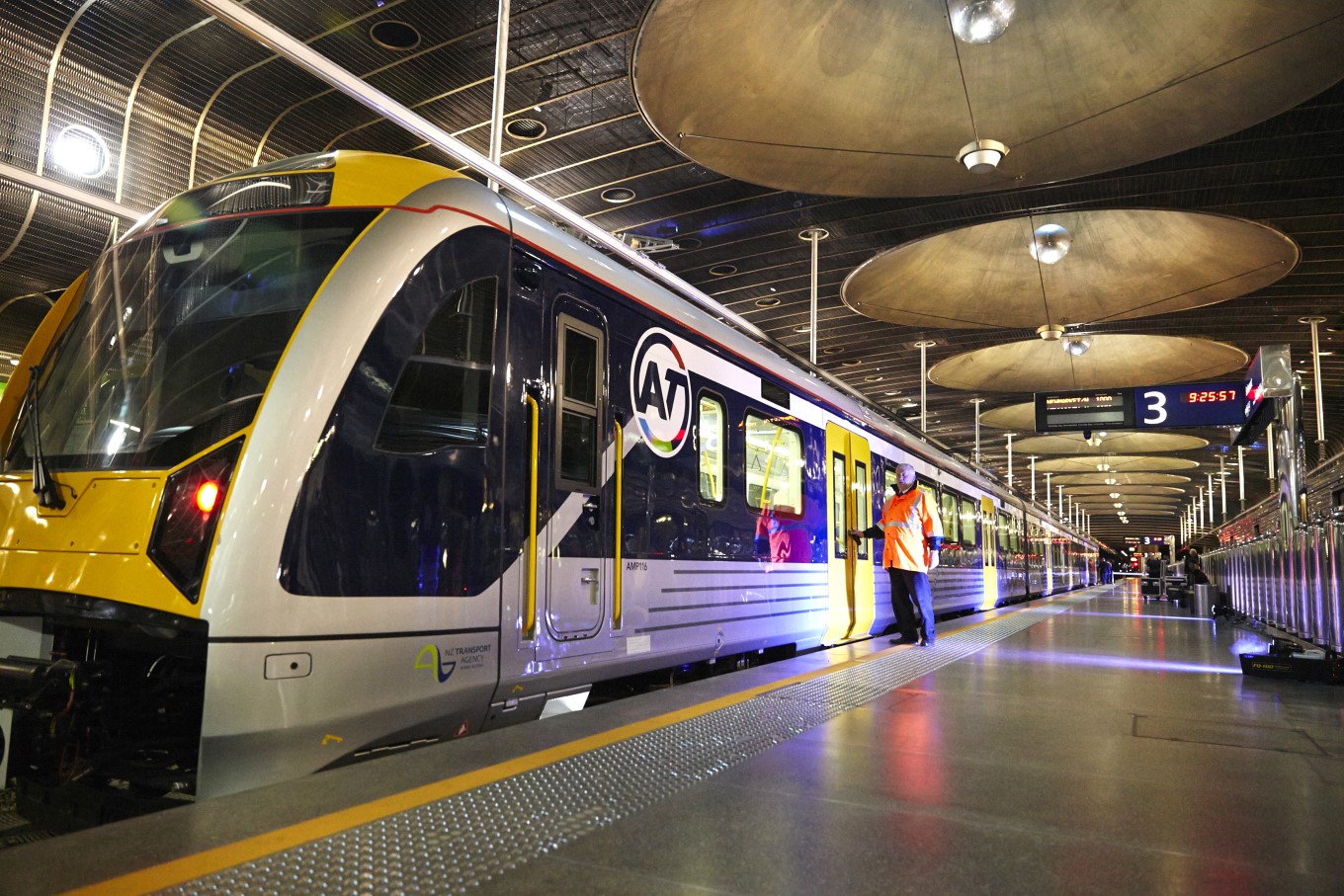 To make it easier to get around without a car, Auckland Council is making investments to improve the frequency and coverage of bus and train services, priority for buses so they don’t get caught up in traffic, and bus stops and public transport stations where people can feel safe.

“A low-carbon transport system is also going to be a more equitable transport system. It will give people more choice in how they travel and put people in a better position when faced with increasing fuel costs.

“Traffic congestion and car-dependent lifestyles negatively impact on the economy and people’s health through lost productivity and encouraging inactive lifestyles. Walking to the bus stop or train station, or choosing to make a trip on foot or by bike, allows you to incorporate physical activity into your day. The physical and mental health benefits can be huge – there’s also the emissions benefit, of course,” shares Blaikie. 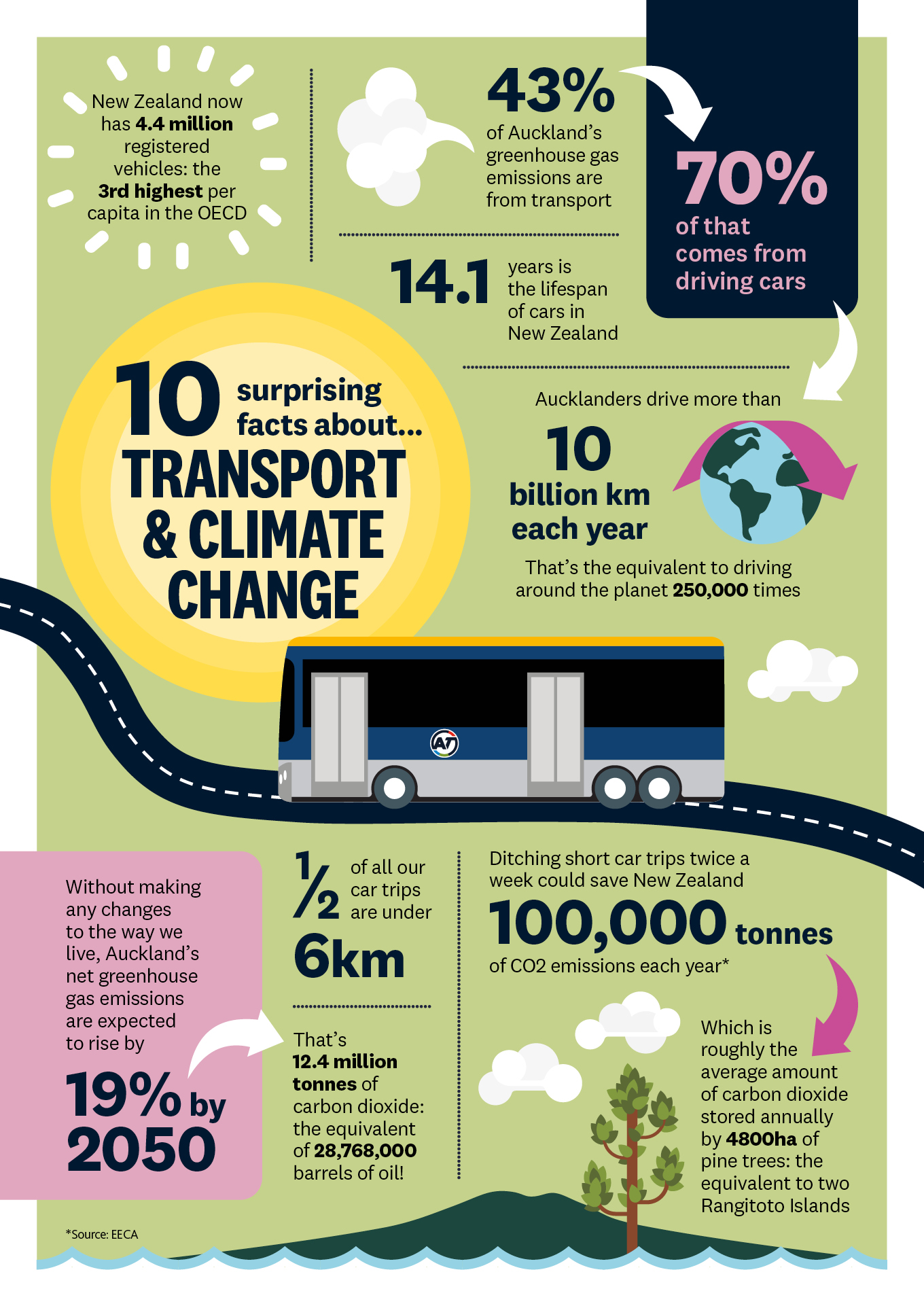 The Climate Action Targeted Rate will bring 170,000 more Aucklanders within 500m of a frequent bus route, and provide additional safe and connected walking and cycling infrastructure. It will fund 10 new frequent bus routes and improvements to 69 existing routes, with upgraded services being available to more than a million Aucklanders. It will also decarbonise our ageing ferry fleet, which currently makes up around 20 per cent of Auckland’s public transport carbon emissions.

Blaikie lives close to frequent bus services so is able to bus to work. He can arrive at the bus stop without needing to check the timetable, knowing that a bus will be arriving shortly. His commute is much quicker than if he was to do the same journey by car, it also provides an opportunity to read and he enjoys the walk to and from the bus stop. Before moving to a part of Auckland without connected cycling infrastructure, Blaikie rode his bike to work every day and never felt happier living in Auckland.