Ripple of excitement as haunting sound returns to summit of Kohukohunui

The slow, mournful but melodious sound of the kōkako can be heard floating down from the heights of Kohukohunui, the highest summit (688m) on mainland Auckland.

And it is something worth singing about!

They’re celebrating the success of the breeding season and the recent years of successful pest control.

“From 25 birds and only one breeding pair in 1994, to a population of over 400 is testament to the pest control work council staff and volunteers have put into the project over the last 25 years.

“The investment in ground control work and two aerial 1080 operations is paying dividends. It’s played a significant part in the position we now find ourselves in, of having built the population to the level we can now share our birds with other projects around the country; we’ve come full circle and it is very rewarding.” 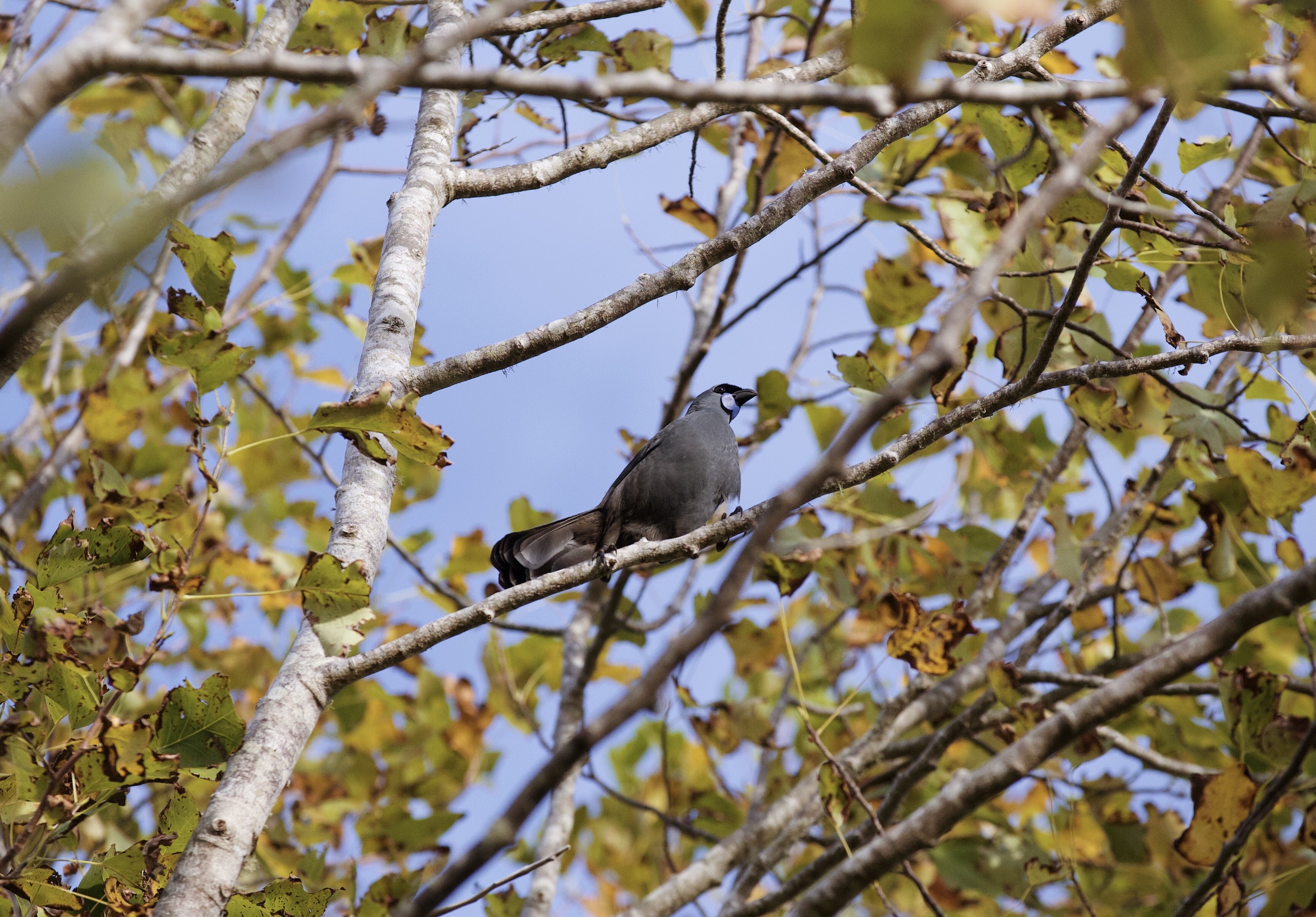 Around 3000 bait stations and over 200 traps targeting possums, rats and mustelids are currently used in the targeted management area and more than 4000 hours is given each year by a committed group of volunteers passionate, about restoring our native bird life.

“It is pleasing to see evidence of the exponential growth in breeding pairs from when we first began our guided hikoi (journey) into the Kōkako Management Area," says Wharekawa Marae Trustee, Eddie Manukau.

“Our ongoing relationship with the southern regional parks team has fostered many meaningful engagements, including seeing the benefits of the kōkako breeding and pest management programme for ourselves,” he adds.

The predator control efforts have benefited other species in the Hunua Ranges with a rising number of kaka, long tailed bats and Hochstetters frogs being recorded in the area. The Hunua result also contributed significantly to the kokako national recovery programme which now numbers over 2,000 pairs.

“While many of the older pairs of birds are still within the Kōkako Management Area the younger generation coming through are venturing out, reflecting the success of the predator control.”

The oldest bird observed in the survey is 25-year-old McKenzie; banded as a chick in 1998 he is still paired and breeding.

The survey is carried out every four years.

A park wide aerial pest control plan using 1080 is scheduled for late winter 2022 to support the 2022/23 native bird breeding season and the restoration of Hunua forest   by reducing predator numbers.