The new trees have been planted along the western side of this 100-metre lane at the southern end of Federal Street.

This Auckland Council-led project features a design narrative, developed in partnership with mana whenua, referencing ideas of compassion, community, home and wellbeing. Those ideas are reflected through warmer paving materials, seating and shelter along the new street.

The space was formally opened on 19 July. Aucklanders can expect an inviting place to sit and relax, enhanced lighting to support the inclusive feeling of the area, and nine rain gardens filtering stormwater before it reaches the waterways.

“What was once a street dominated by cars is now a people-friendly laneway in the heart of our city, with trees to provide shade, places to sit and spend time, and upgraded lighting to improve safety,” he says.

“This upgrade builds on other successful projects around the city such as the downtown waterfront upgrade and Te Komititanga (the public space outside Britomart and Commercial Bay), the Karangahape Road upgrade, and streetscape improvements including Vulcan Lane, Fort Lane, O'Connell Street, Elliott Street, Galway Street and the SkyCity section of Federal Street.

“It is another step forward in our work to revitalise central Auckland by transforming it into a vibrant and attractive place to live, work, visit, shop and spend time. It will be enjoyed by Aucklanders and visitors from around New Zealand and the world.” 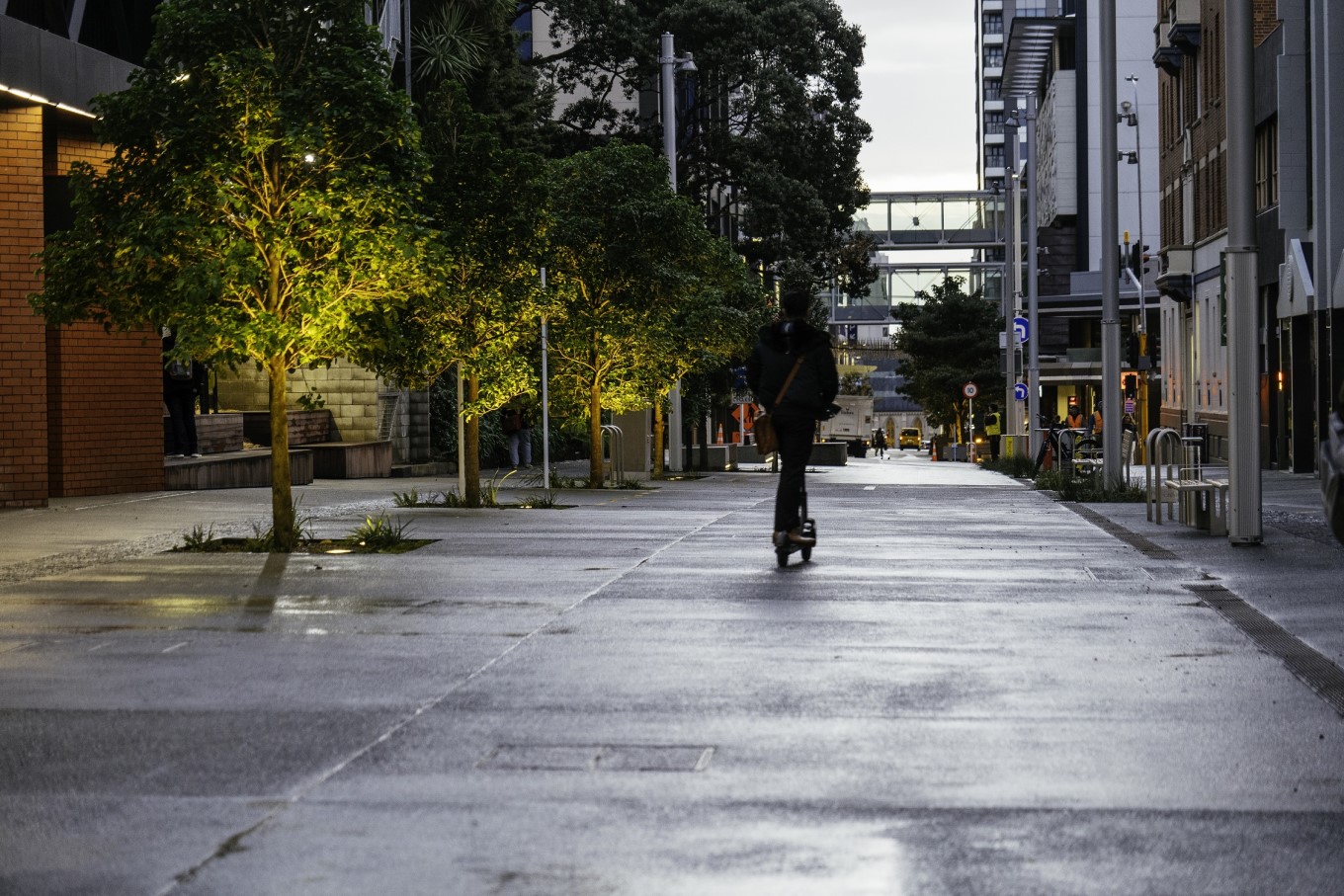 This upgrade, which began in early 2021, responds to the vision for a green city centre outlined in the City Centre Masterplan (CCMP). That vision describes ‘a network of new and enhanced living green corridors, open spaces, walls, roofs and urban farms that are accessible throughout the city centre.’

This Federal Street upgrade is also part of the CCMP’s proposed laneway circuit, a quality walking route enabled by revamped laneways and a series of public squares and gathering spaces from Aotea Square to the waterfront.

Auckland’s laneway circuit follows the example of many cities around the world where renewed laneways have injected life and created connection. The pace is slower in laneways due to limited vehicle access, enabling more trees and seating which encourage people to linger longer.

Part of the Midtown Regeneration programme, this Federal Street upgrade was fully funded by the city centre targeted rate (CCTR). The CCTR is an additional rate that is paid by all commercial and residential property owners in the city centre.

To find out more about the Federal Street upgrade please visit Progress AKL.