When the construction machinery, tunnel boring machines, hard hats and road cones are gone, midtown will be one of the most exciting  parts of the city centre. Getting there requires complex integrated works, but it will all be worthwhile – here’s why.

Both Wellesley and Victoria Streets were once dense traffic routes carrying four lanes of cars, trucks and buses, with cyclists daring to weave a path along the fringes and pedestrians competing with e-scooters for a sliver of pavement on either side.

That is all changing – for the better.

The aim is to achieve a system, a form of urban symbiosis, for these two historic east-west streets, as both will have portals into and out of Te Waihorotiu Station (Aotea).

Victoria Street is set to become a tree-lined, pedestrian-prioritised street with the delivery of Te Hā Noa. The design of the street will provide one lane of vehicles in each direction, connected laneways, wide footpaths with places to sit and spend time, street furniture, public art and a protected cycleway.

Construction will start on the midtown part of Te Hā Noa in Victoria Street in early 2023. Stage One of the Wellesley Street Bus Improvements project, turning the section between Albert and Queen Street into a bus corridor, will begin in late 2023. 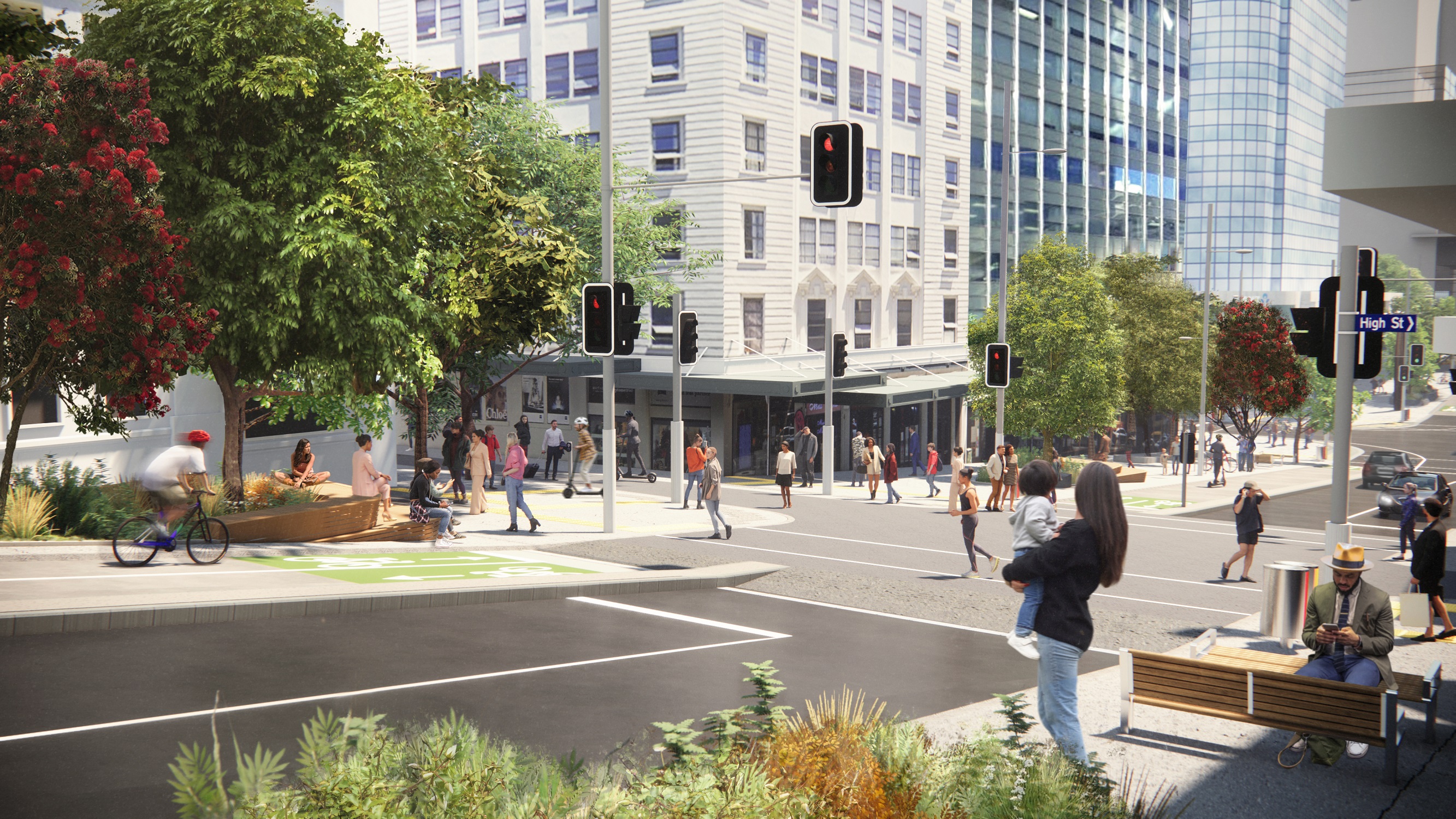 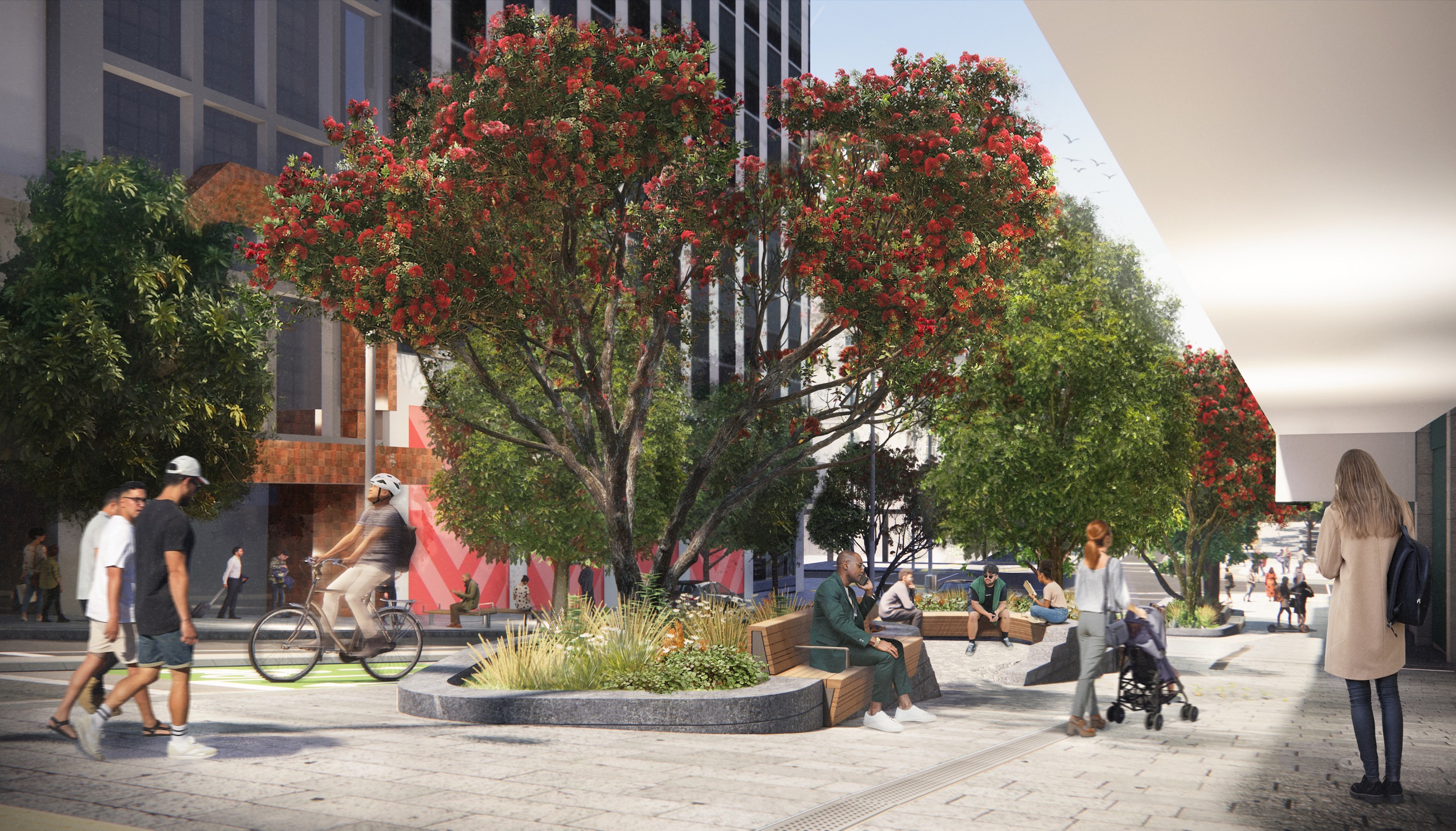 The midtown section of Te Hā Noa in Victoria Street  - from Albert Street to Kitchener Street - will become a high quality accessible public space to support the number of people arriving at Victoria Street from Te Wai Horotiu Station (Aotea), through the northern portal, when the station opens.

The name Te Hā Noa, gifted by mana whenua, evokes a sense of freedom to breathe and enjoy the experience of the sights and sounds around you. In time, Te Hā Noa will form a green link across the city, linking two city parks – Rangipuke / Albert Park and Waikōkota / Victoria Park.

The section of Victoria Street from Albert to Queen Street will see shovels in the ground in early 2023. When that section opens, construction of the second section - from Queen to Kitchener Street - will begin, following a similar delivery sequence as the first section.

More than 20 native trees will be planted along these sections of Te Hā Noa, adding to the city centre’s expanding urban ngāhere (forest), providing shade and shelter, cooling the city and soaking up carbon.

Led by Auckland Transport, work on Stage One of the Wellesley Street Bus Improvements project between Albert and Queen Street, will begin in late 2023, delivering wider footpaths on both sides of the street, six westbound and six eastbound bus stops and a wider and improved crossing between Bledisloe Lane and Elliott Street.

The seamless links between bus and train in the street are expected to drive uptake of public transport, supporting the 64 per cent cut in transport emissions planned for by 2030 and voted for by councillors in August 2022. AT’s plan to move all buses to zero emissions by 2040 adds further weight to the prospect of a zero-emissions public transport future in Auckland’s city centre.

The City Rail Link (CRL) is one of the largest infrastructure projects undertaken in New Zealand in recent times. The 3.45km double-track underground rail line will transform Auckland’s public transport services when it becomes operational. Learn more about the CRL and Te Waihorotiu Station (Aotea), a catalyst for change in midtown, at cityraillink.co.nz

The works below ground are equally crucial in preparing this area for the significant growth ahead. Watercare is leading the work to future-proof infrastructure underground, improving midtown’s wastewater capacity and supporting new builds in the area. Construction is scheduled to begin in mid-late 2023.

In 2021, Auckland Council and Auckland Transport announced an investment of more than  $130million in the midtown regeneration programme, describing the area as: ‘a part of Auckland where our history, art and culture can be seen and heard and will spill out into public life; where people choose to spend time and socialise; a place that is attractive and feels inclusive and safe.’

Aucklanders are learning more about the steps it will take to get there. 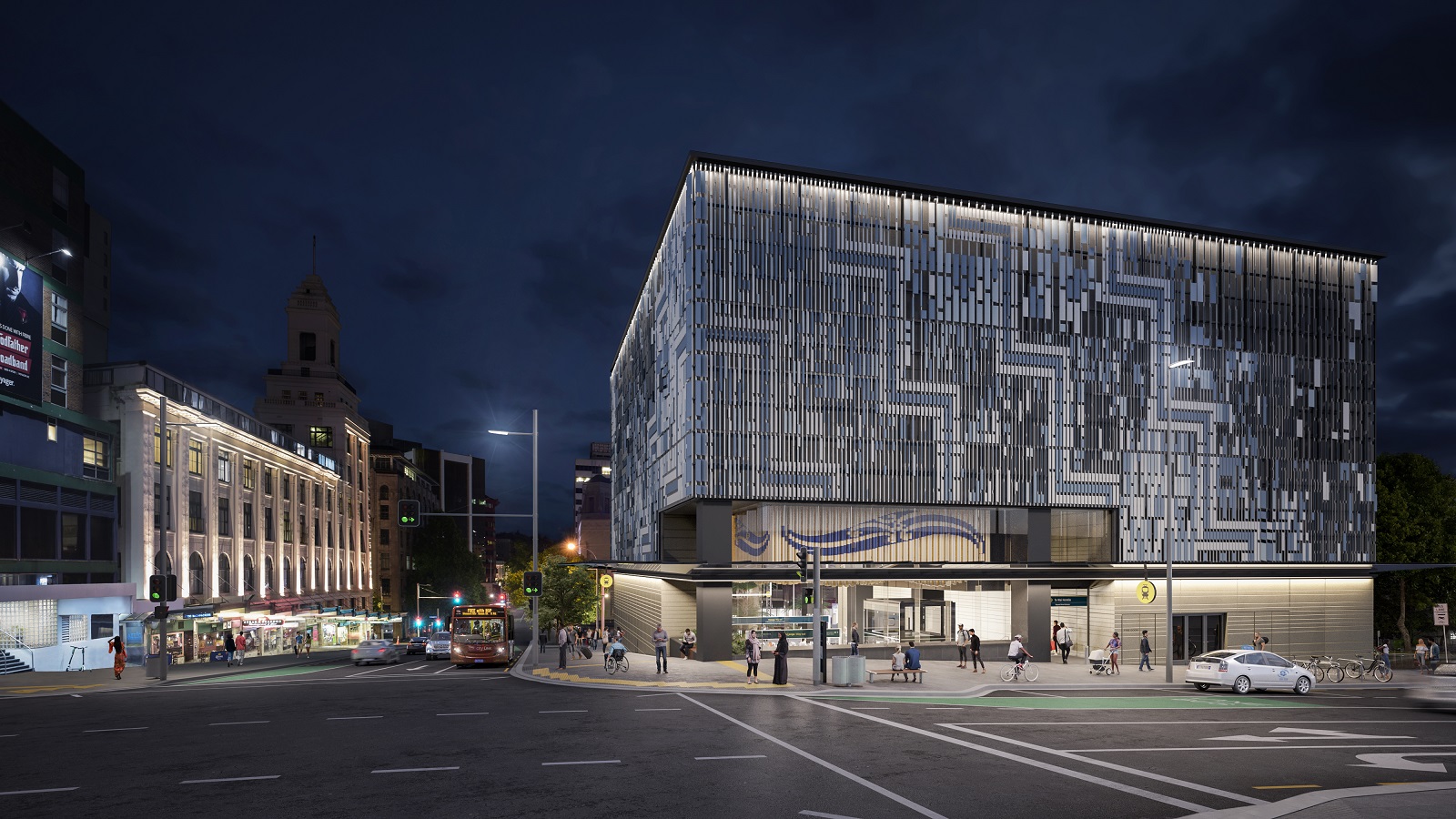 Meet the people of midtown

Click here to hear from the people who are leading and guiding the midtown regeneration programme, and what it means for Auckland’s economy.

Watch here and enjoy artist Graham Tipene’s journey along the new section of Federal Street, and then underground with the Link Alliance team to Te Waihorotiu Station (Aotea) while under construction.